We took the kids downtown for the annual Fredericksburg Christmas Parade. The parade committee put us fourth in line, so we didn’t have to wait too long once the parade started at 5:30pm, but we had to be at our spot by 4pm. We dressed the kids in the parking deck and headed down to stake out our spot. 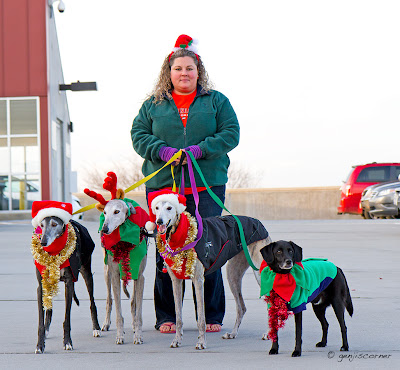 Greys start trickling in. The weather cooperated with us, so we had about 30 greys show up. 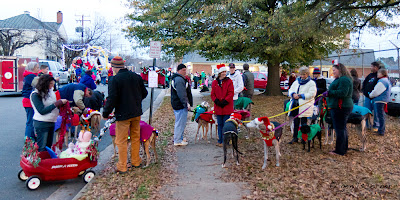 We waited about an hour before others started showing up, so Stanley decided to take a little break. 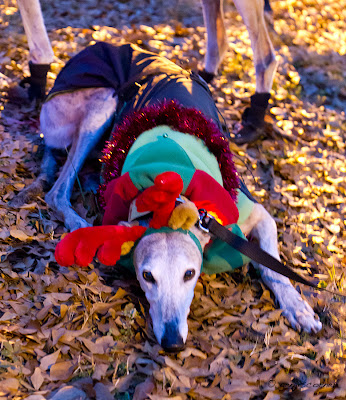 We were in line close to the Renaissance Fair people all decked out in costume. One of the little girls from the group came over and squealed with delight at being surrounded by greyhounds. 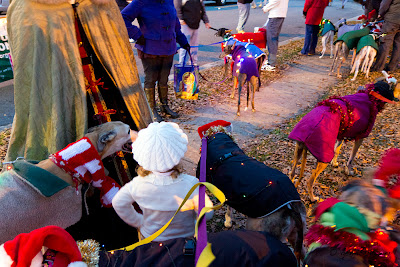 I only got one practice shot before we got to the main parade route lined with about 10,000 people. While I was getting my camera settings straight, I noticed Stanley with his head down, looking uncomfortable, and slowing down. We had taken the corn off his foot, but chided ourselves for not bringing his Therapaws boot and giving him a preemptive Rimadyl. So, only a couple of blocks into the parade, I took Stanley and headed back to the car. Halfway there, he stopped, pooped, and then walked away with a spring in his step. We managed to catch up with the crew near the end of the parade route.

Parade time also means we get to watch Jorja. She is just as cute and fuzzy as last year. 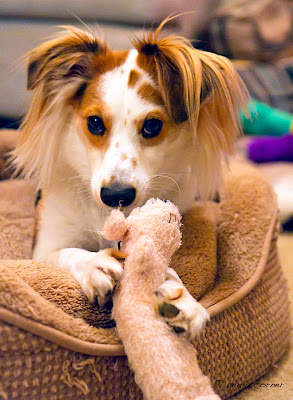 After trying all the greyhound sized beds, she decided that Parker’s bed was just right. 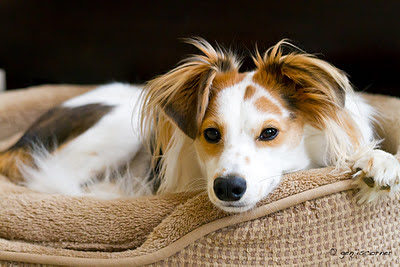 Jorja only took a small corner of the bed. Unlike Stella who laid down diagonally with frog legs position to take up as much space as possible. Didn’t have my camera with me, so took a pic with the Blackberry.