Head shots aren’t just for models. I was practicing with my 50mm f/1.4. Since we had 12 dogs in the house this weekend, I had plenty of ‘willing’ participants. This style lens is discussed in more detail at Shutterhounds, which I ran across on the Greyhounds Can Sit blog.
Walker decided to curl up on a blanket at the corner of the couch. Not surprisingly, it was musical dog beds all weekend. 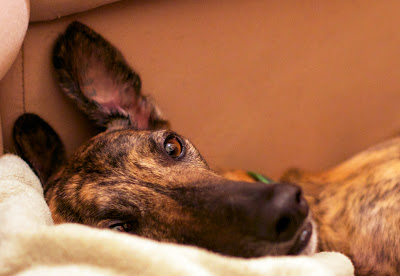 Nike under a chair to insure she doesn’t accidentally get stepped on. 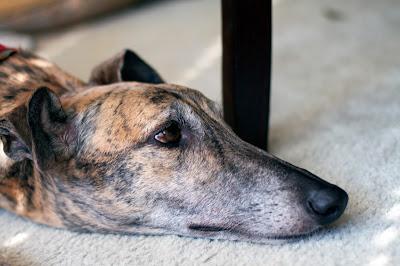 Parker thinks that is a superb idea. 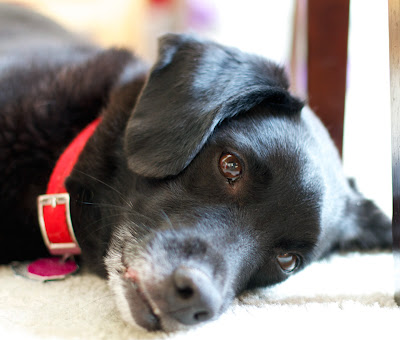 Seeing eye to eye with Sunny. 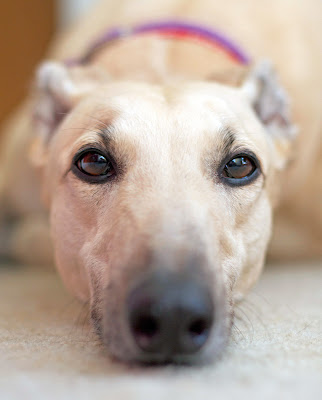 Was Jaime able to see the impending earthquake? It was magnitude 5.9, and the epicenter was 25 miles away from my house in Mineral, VA. Jaime loves her ‘Thunder Shirt’ and wants to know if anyone has experience with ‘Earthquake Shirts’. 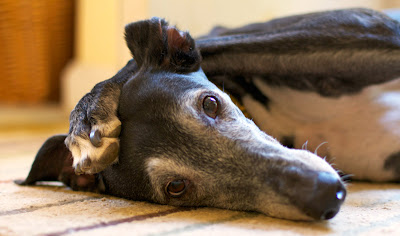 Poor 'Great Star' had been shuffled around to several foster homes since his arrival a couple of weeks ago. Hopefully we will find him a forever home soon. 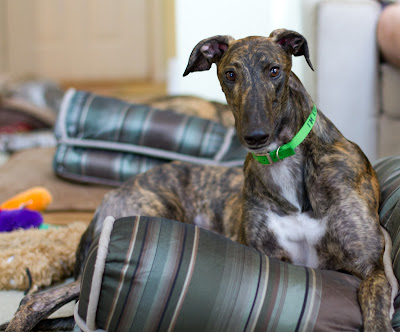 Face to face with Blue. 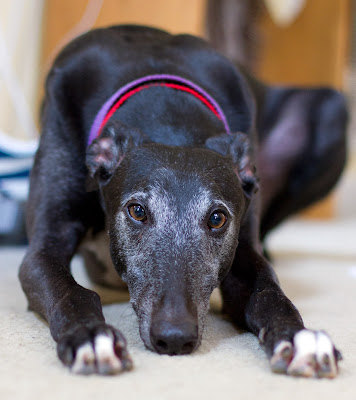 Sunny has Cleopatra eyes. I was singing ‘Betty Davis Eyes’ in my head. 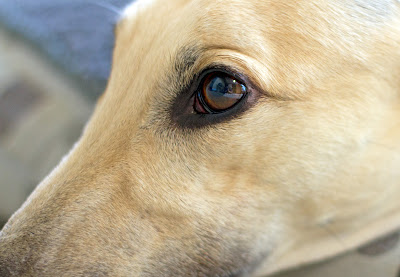 Sisters, Ella and Nike, sunning themselves in the yard?

Or were they busted running around the yard by the Fun Police. Looks like Stella is telling them what for. 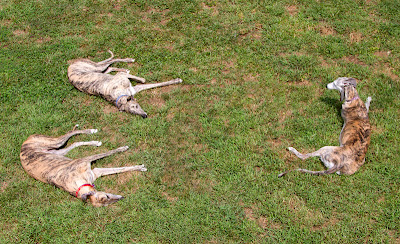 Mr. Mantis wishing he had a proboscis. No head shot for him until I get a Macro lens. 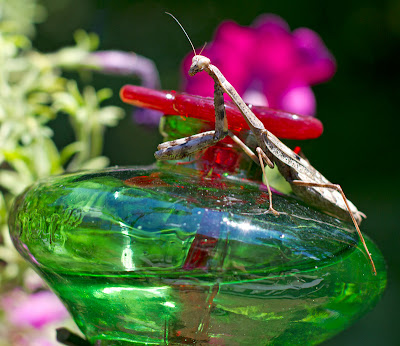 We recently had Parker turn 12, Stanley 9, and Beth reached 13 and a half all in July. August is reserved for our Queen, Stella. Today she turns the big 1-0. She just gets prettier every day. This a picture of her from a previous post. 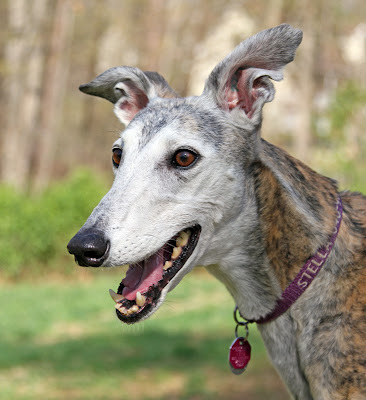 Much whiter now than when we first got her 7 years ago. 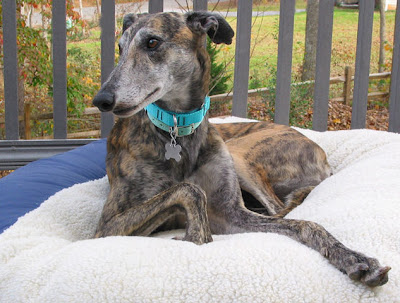 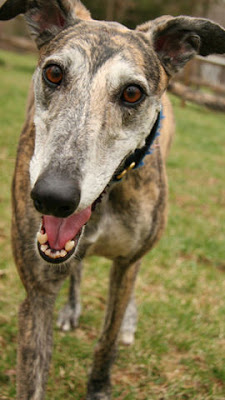 Relaxing in her Superman pose. 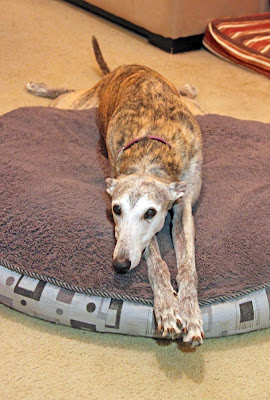 With several birthdays so close, I got a couple of bags of Emu treats for the kids. With Stella’s birthday being a big one, we will have to bring out the shrimp crackers and dried squid. 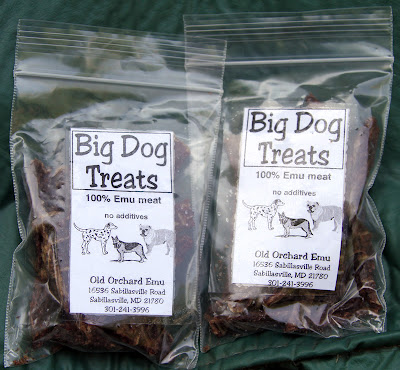 This is what Beth thinks about all this birthday brouhaha. 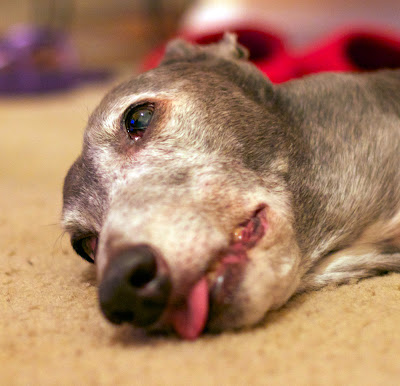 Daddy will celebrate with a martini with sliced jalapenos from my mini-garden. 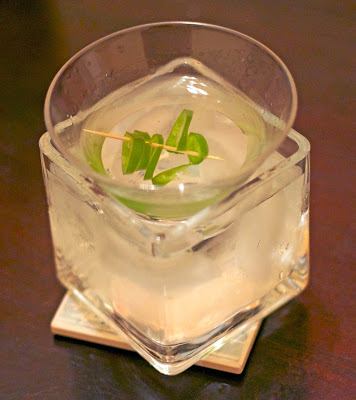 Trina recently posted about our trip to her parents house. We all had a good time, but some of us came back with more than expected. The warning on the side of the pool said no diving or jumping in. Kris is still hobbling around with an ankle brace. 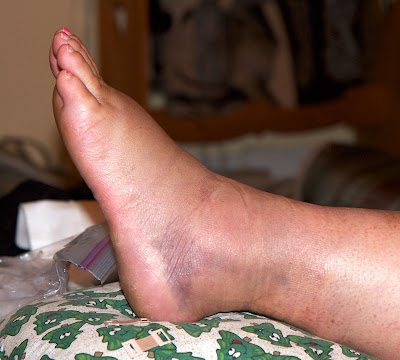 Now for a couple of nature pics. A freshly caught meal. Since there is no perspective, I will say that this is not nearly as big as Katy’s Australian varieties. 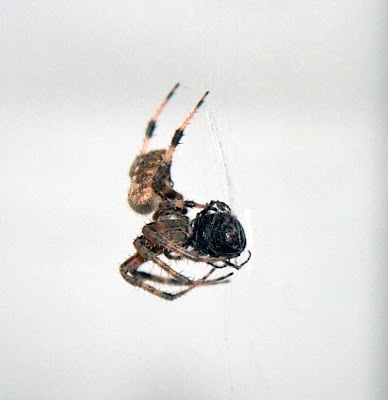 Enjoying a sip during the midday heat. A second later, she was dive-bombed by the other female in the area. 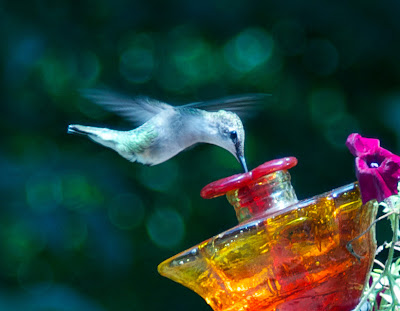