Sister. Winston enjoys having a sister to run around the yard with. Ready! Set! Go! 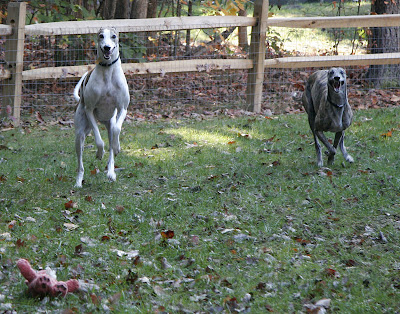 Sun. A sun and moon mirror on the deck at Winston's house. The people butts (l to r) are Kris and Debbie. The doggie butts are Jaime and Leah. 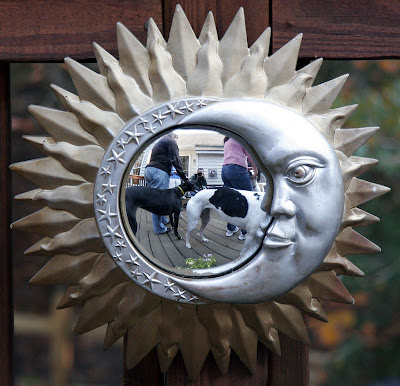 Squirrel. Not only a word I missed in my 3rd grade spelling bee on stage in front of the entire school. Also the bane of Stanley’s existence. Stanley is very serious about protecting the bird feeders from the squirrels. This one is using his mini-abacus to figure out how long it will take him to get to the fence if I release the hounds. 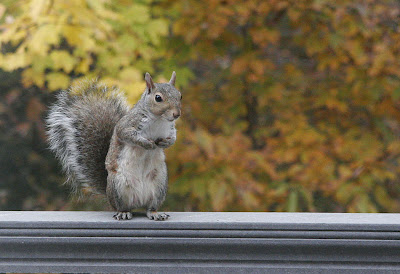 Steak. A 3 inch thick ribeye on the Big Green Egg getting a nice sear on both sides before cooking through to a nice medium-rare. Yummy! 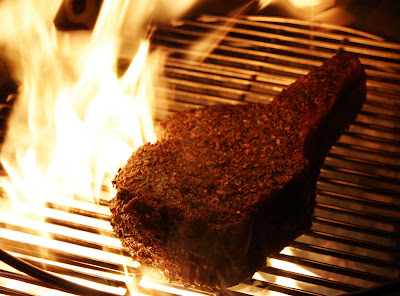 Stella. So cute how Stella and Jaime snuggle together. Actually, Jaime is laying on top of Stella favorite blankie. Stella was not about to let that get in the way. Oh, Stella! 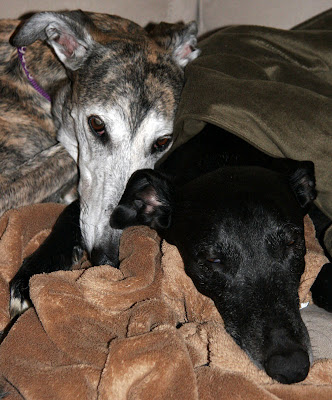 Hey! You! Get Off of My Couch!

The head-butt thing seems to be catching on. Alex is using his head to keep Topsail from sliding off the dog bed.

Stella on the couch doing her impersonation of a greyhound-sharpei mix. 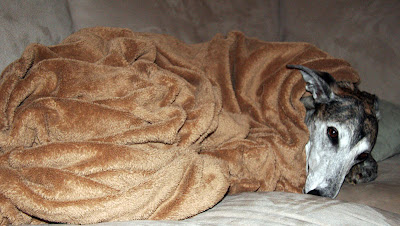 Stella got on the couch first. Then Stanley and Jaime decided to join her. Doesn’t Stella look happy about it? Look how cute they are! 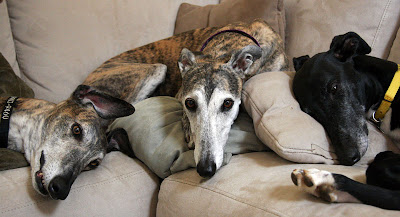 Must be the colder weather. The kids just feel the need to snuggle with each other. Actually, Stella and Stanley were there first. Jaime assessed the situation and was sure she could fit in there, so she shoehorned herself in.

There was plenty of space on the rest of the couch. Parker is looking at them trying to figure out what is going on.

This is how I usually watch tv. They don’t call them Couch Potatoes for nuthin’.

I wrote a couple of entries back that Diane and Debbie of VAGA were going to Spain to help out with Galgo rescue. Well, it’s been over a week since they have been back in the States. Check out their adventure on their blog at Scooby Experience. We will be getting a couple of more Galgos in a week, so check back to keep up on their progress. This is a picture of Manola from their blog to pique your curiosity. She so pretty. 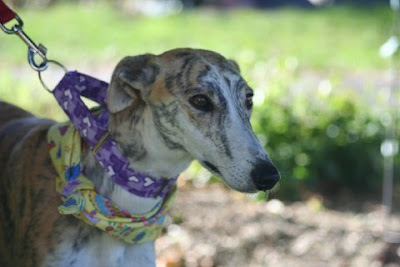 Since I’m a bit slower in updating, you’ve probably already read in Trina’s or Amanda’s blog entries that Amanda and Kenney tied the knot last weekend. Here they have their, “We just got married” faces. Here’s to always staying that happy!!! 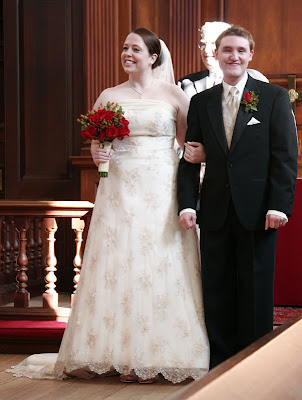 "What do you mean you ran out of film? Isn't that thing digital?" While off to the side, Kenney is beginning to feel the 'burn' as he realizes he can't pull the ring back off. 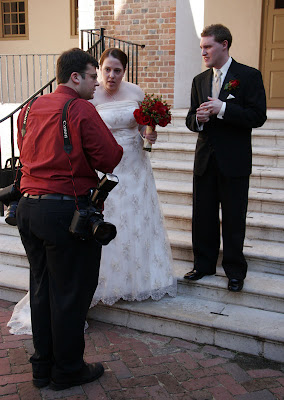 Trina and Kris boozing it up before the reception. 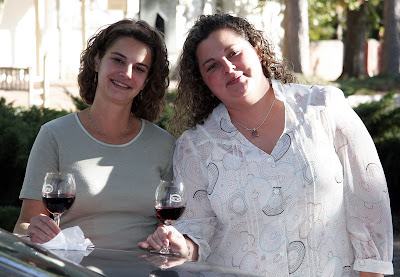 At weddings there are pics of family, relatives, friends... Trina, Amanda and Kris at the reception when they called for greyhound mommies. 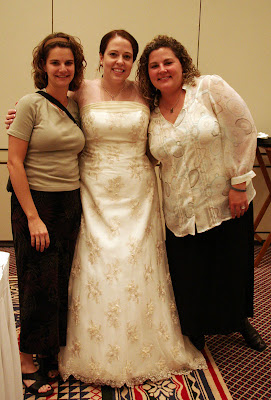 Stella being a backseat driver. Making sure that daddy really is taking her back home to her comfy couch. 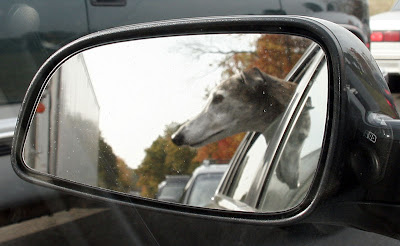 While we were at the wedding, there were thirteen dogs at Trina's. Her dogsitter came by and stayed with them all day. Bet they had fun. The kids were too tired from playing at Trina's to pay any attention to the football game. 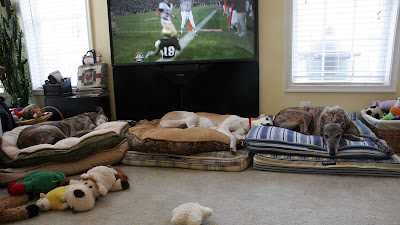 Stella and Stanley decide that sleeping on the couch with Jaime is preferable to dog beds on the floor.

Stanley's poor impersonation of a pillow. I can still see you. 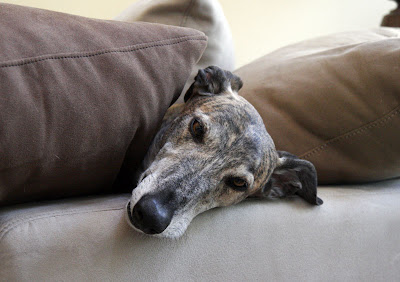