It’s a good thing that Finley (aka JuanPabloMontoya aka Sammy) was already spoken for. His sister lives in Richmond, so he was GUR’d from Massachusetts to be reunited. What a very special sweet boy! It didn’t take him very long to feel right at home. 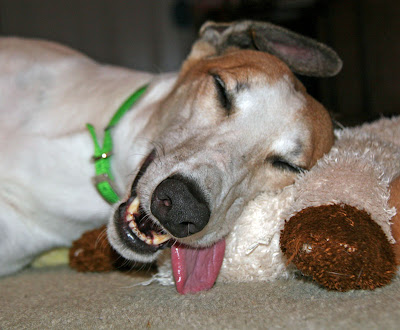 Finley tried out a few beds and decided that the poofy bed was the most comfortable. His ears were always going up and down. This is mid going up or down. 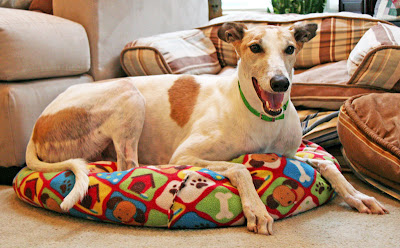 Striking a handsome pose in the yard, he shows what his ears can really do. 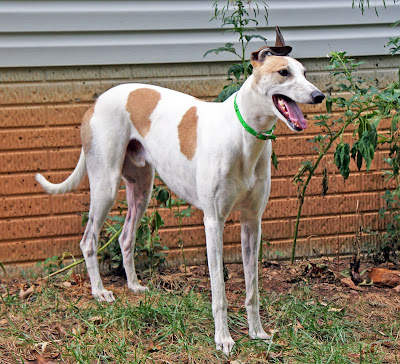 We left Finley and the kids to go down to Blacksburg for the Hokies vs. East Carolina football game. Instead of wineries, we hit a couple of microbreweries on the way down. Blue Mountain Brewery has a great view of Afton mountain. 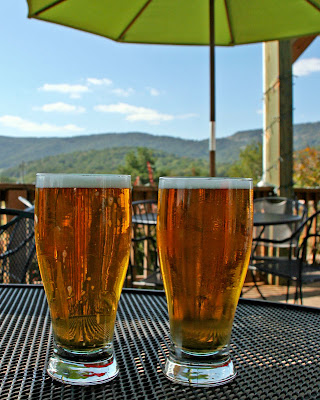 We tried the sampler at Devil’s Backbone Brewery. Turned out our bartender was a recent VAGA adopter. Small world. Said he was ready for a second greyhound :) 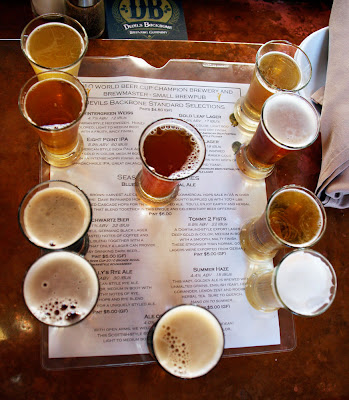 I opted for the Rye Ale and fried pickle spears. Yum!!! 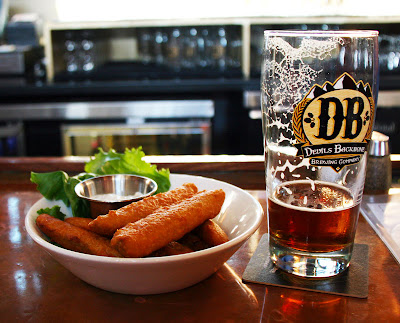 We ate at the Mexican restaurant next to our hotel that night because it had a palm tree. What can I say. We’re high class. 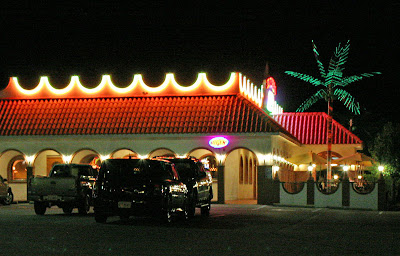 The following weekend we met Trina and her family at New Kent Winery for the car show featuring Porsches. 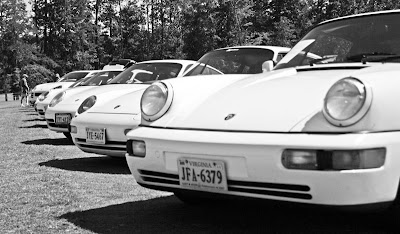 The girls, Trina, Trina’s mom (Sue), and Kris gabbed in the shade under the tent, while the boys ooh’d and ahh’d over the cars under the beating sun. 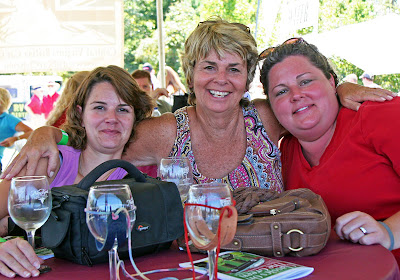 This past weekend we watched Nike and Ella. Very sweet littermates. Ella snuggled with the gorilla, while Nike enjoyed the comfort of the bolstered bed. Poor Parker was outnumbered three brindle girls to one Black SPCA dog. 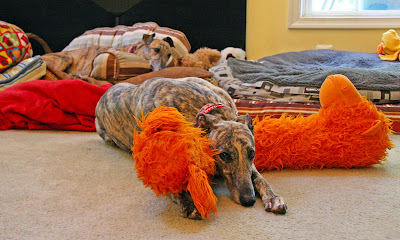 Kris was at Beach Bound Hounds with Stanley and Jaime, so Stella wanted Nike to know that she was saving this bed for Jaime. 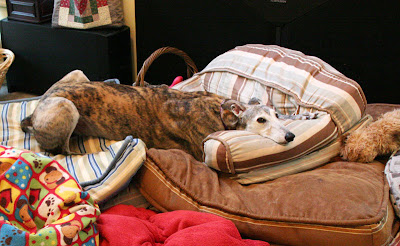 But Nike and Ella were more interested in what I was doing in the garage. Whatja doin' Mr? 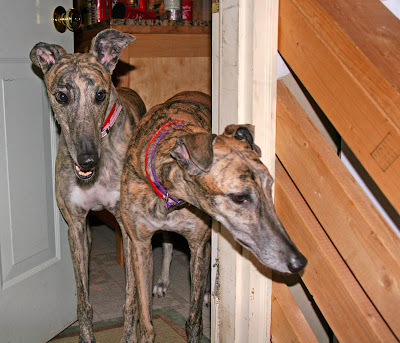 Had a busy few weeks babysitting. Buck is a cow-dog, and even has a ‘kissy spot’ like Trina’s ‘Dana RooRooPants’. We were also watching Dusty, Fern, and Sunny that week. 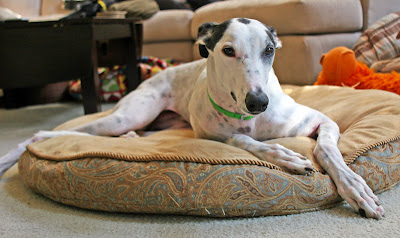 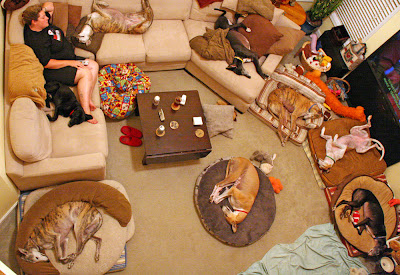 Roadie takes a nap in the little couch, while his sister Sallie demonstrates an awesome roach. 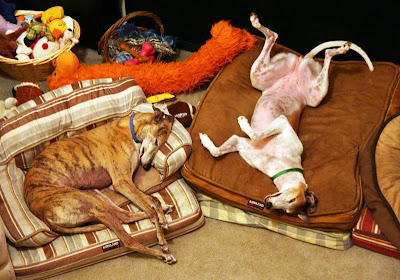 The following week was Milo, Charlotte, and Lucy the Beagle. All 90 lbs of Milo fitting surprisingly well into one of Parker’s beds. 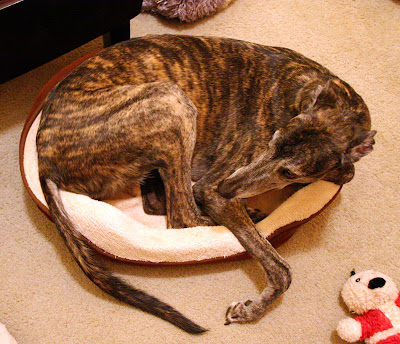 During a day when we had no extras, I piled the dog beds, so I could vacuum. Where’s Jaime?

Total elapsed time was about 30 minutes for Stanley slide off his original bed, and somehow slide his head under the poofy bed.

Speaking of visitors, a walking stick hung out on one of the plants on the deck. 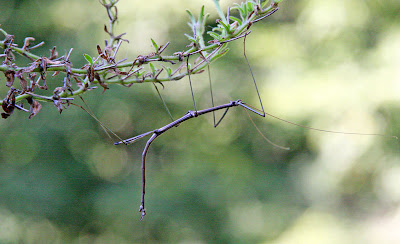 Our next group was Jack, Savannah, and Buster. Buster is toy lover. Here he is in action. 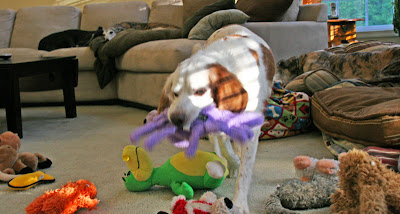 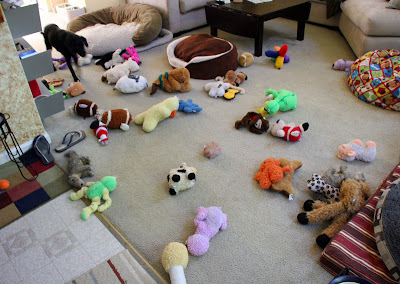 Buster observes his handiwork. Parker is laying among the toys next to Savannah. Stella and Jaime are on the couch. Stanley lays next to Jack on the dog beds. 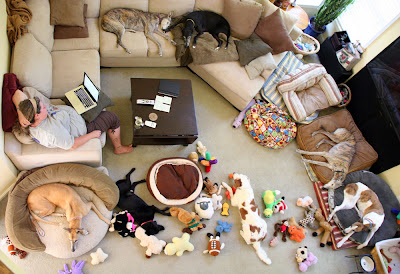 A couple weekends ago, we went to Neighborfest in downtown Fredericksburg. No one could resist stopping and petting the greyhounds. 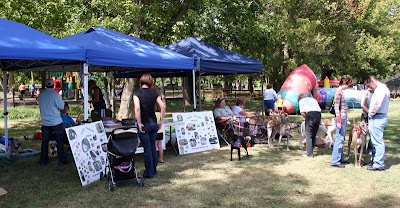 Linda and Debbie catch up while Sophie (fawn) and Leah (cow-dog) take a break from greeting people. 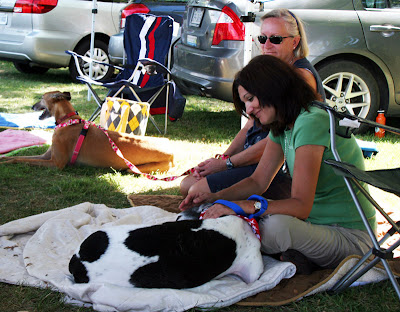 If you aren’t already, you can follow the Rescue of Sweetheart the Greyhound. Warning: some of the initial pictures of her condition might be a bit too much for some.

Also, since Kris joined Facebook a few weeks ago and has been posting greyhound pics, it will feel like a year in ‘Facebook time’ by the time those updates hit my blog. Updating the blog every few weeks is enough for me, so I’m still holding out on joining Facebook :)

It’s that time of year again. The Celebrating Greyhounds Calendar for 2011 is out. You can get a copy at the VAGA Store. I was lucky enough to get four photos.

Stella looking pretty. The week of Feb 13th on the desk calendar. Of course that includes Valentines Day since she is such a sweetheart. 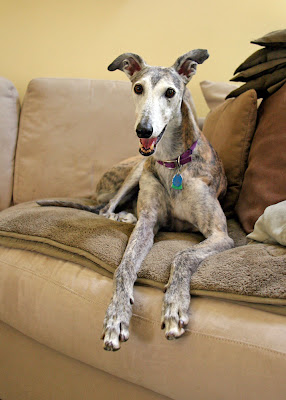 Bruno who is such a handsome boy. He is the week of Sept 18th on the desk calendar. 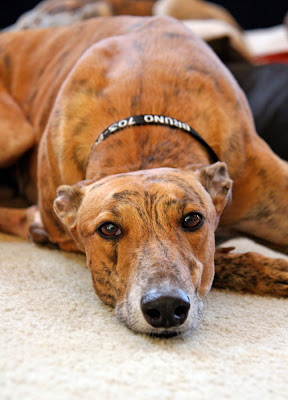 ‘No Toys Left Outside’ Stanley retrieving a pink piggy in Trina’s yard. Front inset in the wall calendar. 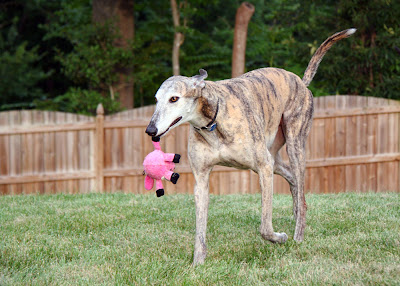 Yahtzee, Stella, Stanley enjoying some of the tons of snow we got this past year. January inset in the wall calendar. 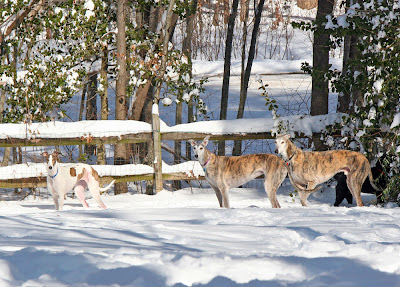 We were happy to see others we know. They all happen to be on the same back inset page of the wall calendar. Congrats to:

Cueball and Pippi at the beach (Mitch and Michelle).

Cali with sunglasses in the pool (Trina and Jason).

Sandy, Luke and Jasmine at the beach (Shannon and Kevin).