Beamer may have found his forever home. He just has to get along with an alpha female rat terrier and a kitty kat. I think he’ll be fine. He’s a good boy.

Kris is taking her shot at photography. She got a shot of our girls snuggling together on the couch. Jaime loves her sister. Stella tolerates it. 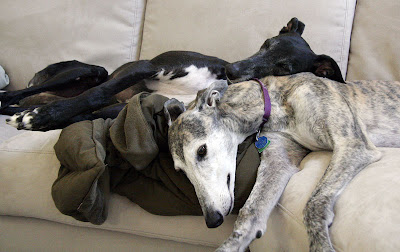 We had our annual VAGA picnic this past weekend. The weather was beautiful. Minus the traffic accident that delayed us almost an hour, we had a great time. 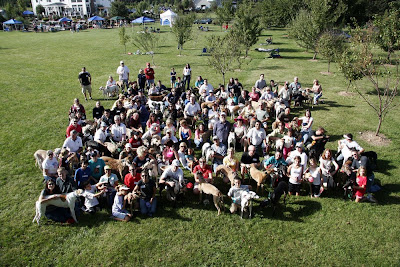 Neko isn’t the only handsome boy in the Coble family. Harry is quite a looker too. Love the ears. 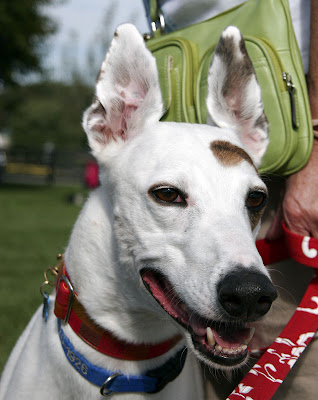 My kids participated in the ‘Blur of Fur’, aka Fun Run. Kris is cheering them on. Stanley is running straight for the squawker like a true racer. Stella was trying, except Jaime is having fun bumping her. Payback for Stella being the ‘Fun Police’ when Jaime tries to run around our yard. 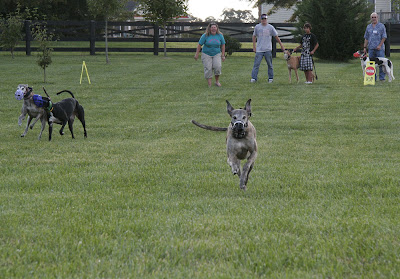 Been a real slacker. Guess I dropped out of the blogosphere for a month. So this will be a hodgepodge of pictures since the last entry. Hmm, lets see what’s been happening. Our guys plus or minus babysitting kids and some fosters. So I guess not much really changed in a month ☺

One of our VAGA members, Capt. Judy, retired last month from the Navy. Some members went to her retirement ceremony. She and her two girls, Allie and Sandy, now have time to travel across the U.S. I would love to retire and travel with the wife and kids in an RV across the country. 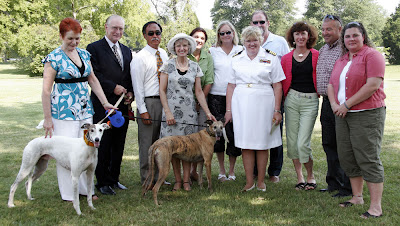 We had a carwash at the Wal-Mart in Culpeper. We had a pretty good flow of cars going. I was mainly the tire washing guy. We were pretty pooped after washing dozens of cars. I think this picture of Ted and Rex says it all. 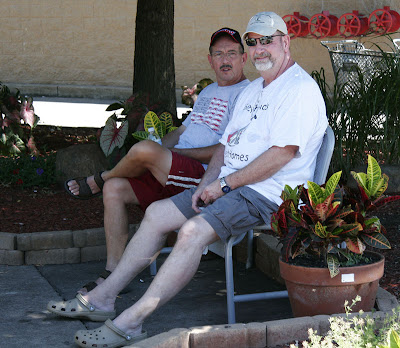 Bossie got adopted. She is going to a home with another shy and reserved girl. You would think with a name like ‘Bossie’, she should be an alpha girl. 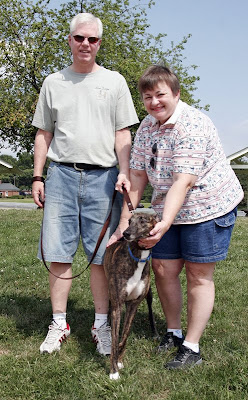 We were driving back from a Meet ‘N Greet, and Stanley was tired. So he decided to use Stella as a pillow. What a sweet face. 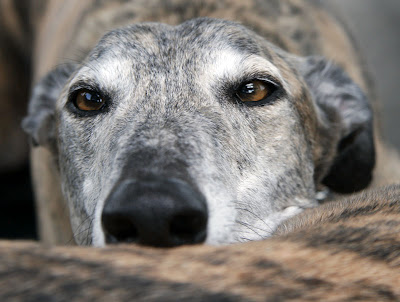 We babysat Maisy and Eleanor for a few days. Not sure what it is about Stella’s rump, but it seems to have a certain magnetism.

I’ve heard of playing Footsy. But Jaime and Maisy were playing Earsy.

It’s bad enough when my guys hog the couch. L to R is Stanley, Eleanor, Jaime, Stella, and Maisy.

After Bossie got adopted, we got another foster, Abby. She was also on the shy side. She’s a small brindle. She liked Jaime. Maybe because Jaime is the weenie in our group. 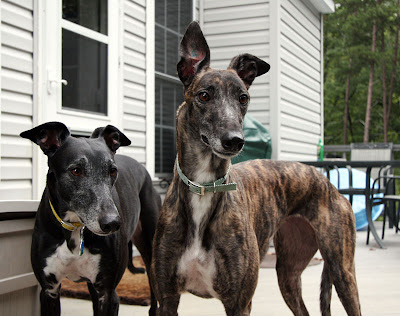 Abby had a habit of just sitting. In this one, she looks like I’m about to beat her. I get this look from Jaime all the time. 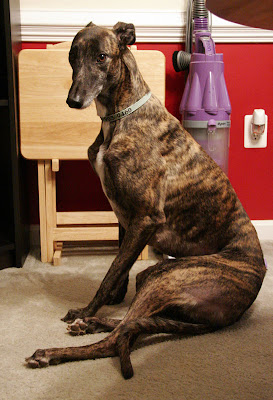 Last weekend, Jason and Trina came up. You’ve probably already read about her ‘tire troubles’. While they were having a rough time of it, their kids were enjoying time with our guys.
Dante followed his breed instinct and burrowed himself into the toy basket in search of the perfect one. 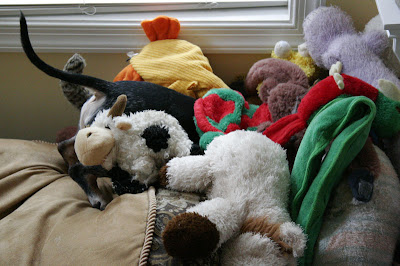 Beamer stayed with us for a weekend, went back to his family, and is now back with us as a foster. He’s been a good boy. Kinda like Jaime when we got her, Beamer just needs to find the right home. He’s a very touchy dog. Here he is trying to get in Cali’s good graces. 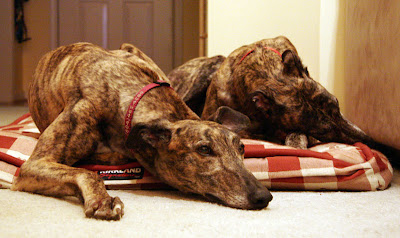 Dana is trying her best to keep Jaime from slipping off the dog bed. 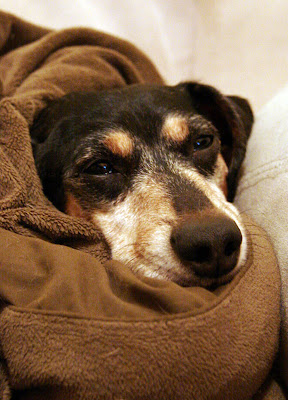 L to R is Stanley, Parker, Stella, Trina, Shiloh, Cali, and Jaime. Kris and Dante are on the floor.