Bom Dia! Wish I had learned a little more Portuguese before the trip. I felt like my kids when I talk to them. Waiting for the few words they understand. Blah, blah, blah, treat, blah, blah, blah, walk... Luckily, my Brazilian coworkers spoke English.
I started at a meeting in Salvador, Bahia in northeast Brazil. Went from cold and dreary at home to the sun beating down at 5 am. On the last night of the meeting, they had a little party. This is a local woman who was making a very traditional Bahian dish called acaraje. It’s deep fried manioc containing shrimp and hot peppers. Darn good. After some caipirinhas (the Brazilian national cocktail), I was actually out on the dance floor doing some samba. 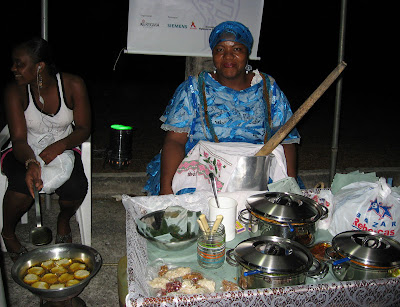 In Sao Paulo (pronounced San Paulo), we ate at churrascaria. Not only do they come around with the meat on skewers, they have a full fledge buffet with everything from salad to sushi. When the guys came around, I tried the chicken hearts and Brahma cow hump meat. Yummy on both counts. 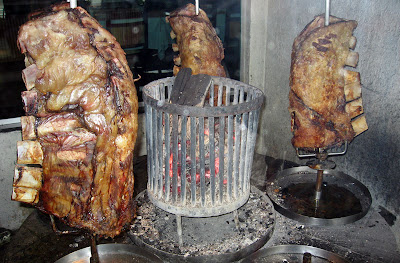 Sao Paulo traffic. What can I say. Just scary. The rain didn’t help. I’m not used to the guys on motorcycles just weaving in and out of traffic. 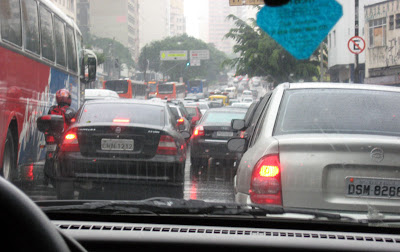 Traffic is bad pretty much all the time. A city of 11 million people. There is a policy where depending on whether your license plate starts with an even or odd number, you can’t drive from 7-10am and 5-8pm on alternating days. 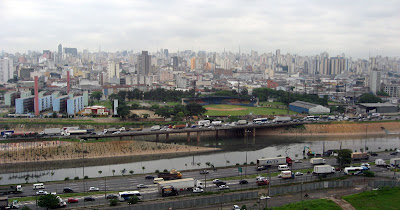 Jody found out an old high school friend he hadn’t seen in 10 years was going to be in town. Small world. We had dinner with him, and our marketing manager and his wife joined us too. We ate at ‘Badejo’ in the Moema section of town. We had ‘Bobo’ which is a Bahian-style seafood dish. Yummy! 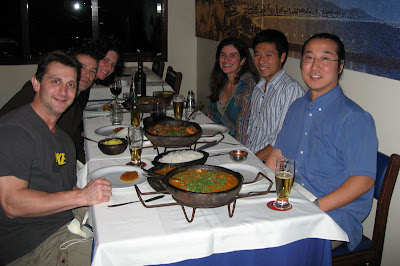 Here is Jody with our Brazilian counterparts. Clockwise left to right is Michele, Roberta, Renata, and Carla. We had to get used to ‘R’s sounding like ‘H’s, so it was ‘Hoberta’ and ‘Henata’. 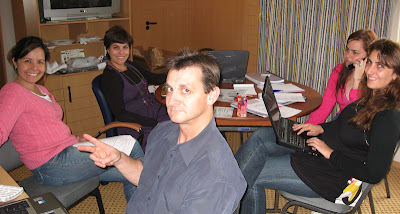 I spent the weekend in Rio de Janeiro before returning to Sao Paulo. Jody stayed in Rio for the week. We visited the two major tourist attractions: Cristo Redentor (Christ the Redeemer) and Pao de Acucar (Sugarloaf Mountain). It was a very foggy day on Corcovado mountain, so this was the best shot I could get. 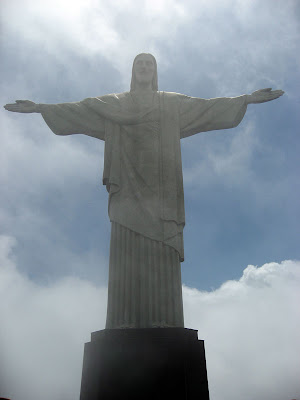 A shot of Sugarloaf from the nearby beach. 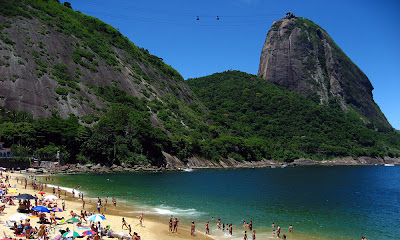 As impressive at the statue is, I think it gives more perspective to see it from the other side of Rio from Sugarloaf. 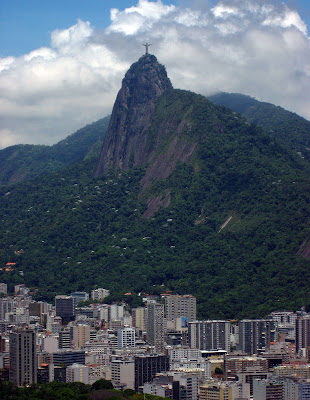 Another shot from Sugarloaf. If you enlarge the picture, you can see Cristo in the top right corner. 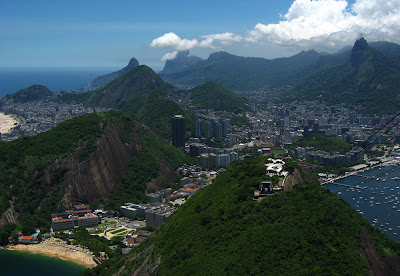 We headed off to the beaches. Couldn’t go to Rio without at least going to Copacabana and Ipanema beaches. Having a beer at one of the stands on the beach is a great way to wind down the day.

The Samba band which played at the restaurant where we had dinner that night was led by a colorful character. Jody referred to him as ‘Huggy Bear’ (from Starsky and Hutch). After a few beers, Jody felt the need to have a picture with him. 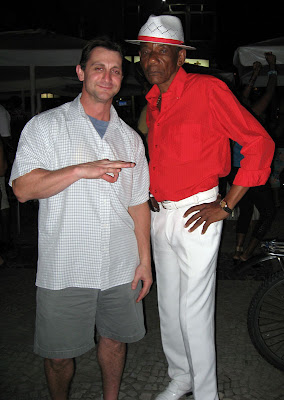 Unlike the States, Brazil has payphones on every block. ‘Oi’ is slang for ‘Hi’. 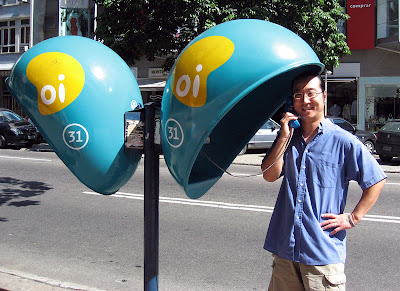 We loved the little mom and pop beer shops that lined the streets. Catch up with friends over a beer and watch the world go by. I could definitely become a regular. We tried some Brazilian brews: Skol, Itaipava, Brahma. And I quickly learned that 'chopp' means 'draft'. 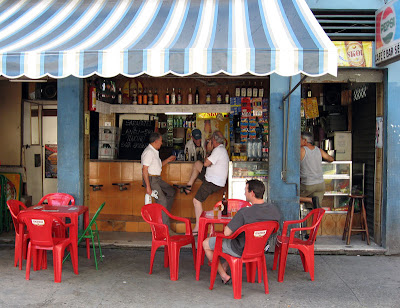 My first time in the Southern Hemisphere. Would definitely visit again. The people are very nice and the food is fabulous. Practicing my Portuguese. Australia is on my list of Southern Hemisphere countries to visit. Don't even have to learn a new language :)

King of the Beds & First Snow

We stacked the beds that we usually keep in front of the tv, because we had to pull it out for repairs. It didn’t seem to bother the kids. They quite enjoyed it. Alex was the first to be king of the beds. 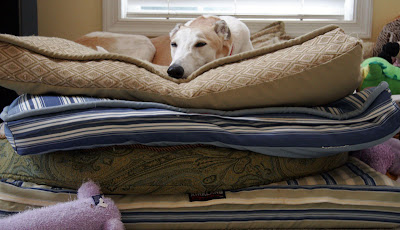 Stanley takes a stab at the new setup. 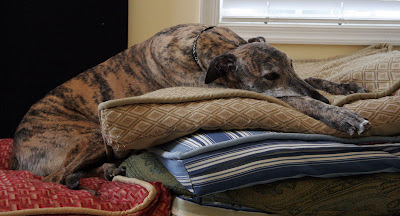 How about another try. 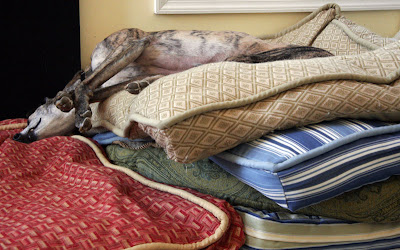 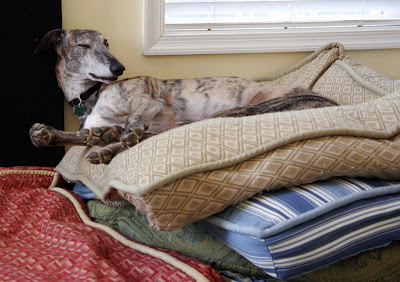 Alex is demoted to the single bed. 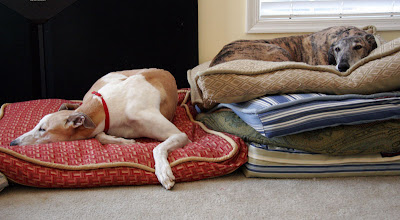 Stanley is dethroned. The girls thought this was a silly game, and enjoyed the extra room on the couch. 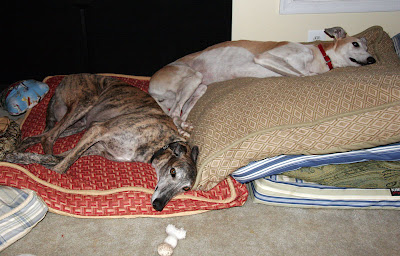 We took all the kids for the annual Fredericksburg Christmas Parade. It was a tad chilly, so the kids put on coats before we headed out. Parker was in his coat, but decided not to be in the picture. I didn’t get any pics of the actual parade. Had my hands full with three puppies. But everyone had a swell time. 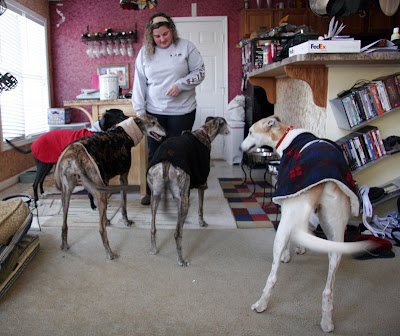 After the parade, the kids were pooped. Stanley and Stella decided to snuggle with their mum. 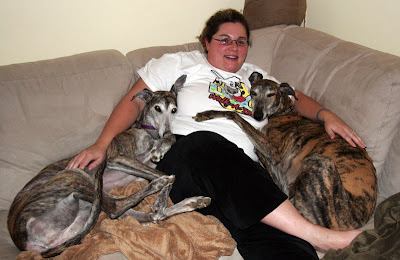 We had our first snowfall of year this week. The kids huddled together in the yard for warmth. 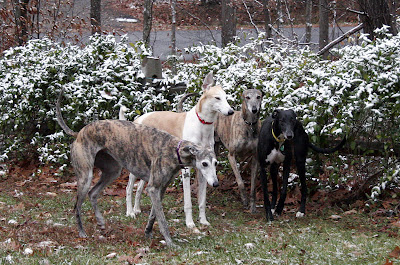 Alex will be going back to Florida to his forever home in a week. This may be his last encounter with snow. 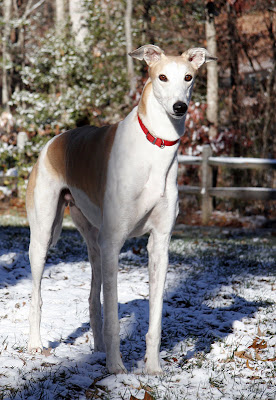 This is Stanley’s first encounter with snow. Neither the cold nor snow seemed to bother him. As for the girls, they felt the cold dry air gave them a bad hair day, so they decided not to pose for pictures outside. Well, I'm off to Brazil for two weeks for work. I hope the kids don't forget about their daddy!