Flat Brutus arrived just in time for our local Fredericksburg Wine Festival.
He was intrigued by the teepee out front. 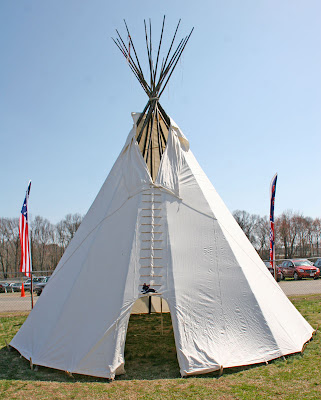 He made an excellent greeter. 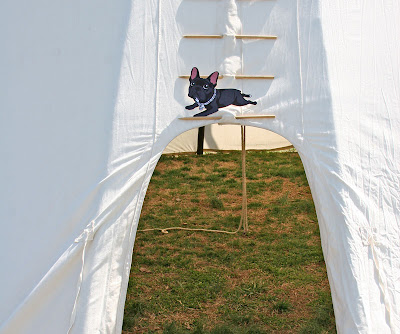 But he quickly left when he heard he could get a ride in a Hummer limo. LLFB: Ladies Love Flat Brutus. 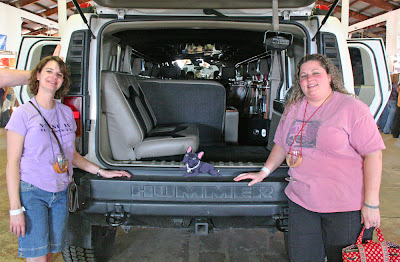 With so much wine to taste, Brutus said he was ready for a change. Brutus, are you old enough to drink? 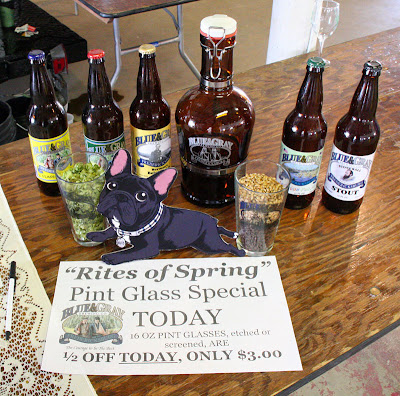 Brutus thought this was the craziest agility jump he had ever seen. 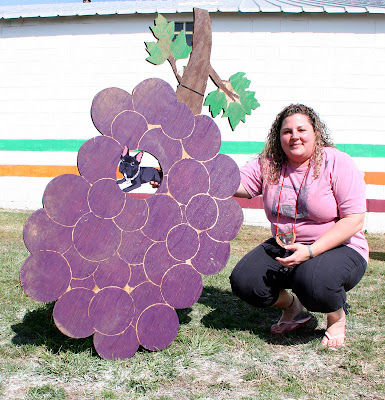 After a day of wine tasting, Brutus decided to relax on the deck with the rest of the crew. Zoey laughed when she figured out it was not the real Brutus, but only a facsimile. 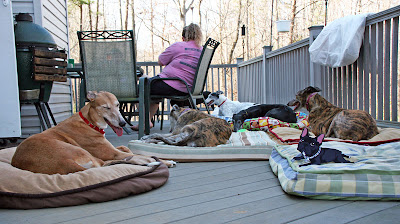 After a good night's rest, Brutus had a relaxing morning with the entire crew. Clockwise from bottom left, it is Henry, Zoey, Stella, Stanley, Trina, Flat Brutus, Dora, Dana, Jaime, Dante with Kris, Shiloh, Cali with Jason, and Parker with orange gorilla. 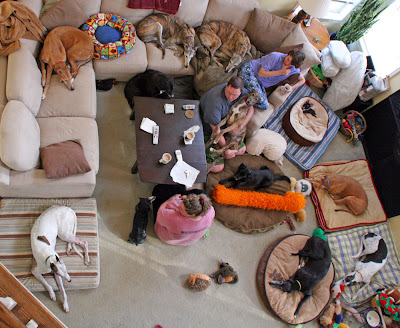 Being on the road can definitely add some pounds. Eager to get some exercise, Brutus leads the group heading out for a walk. 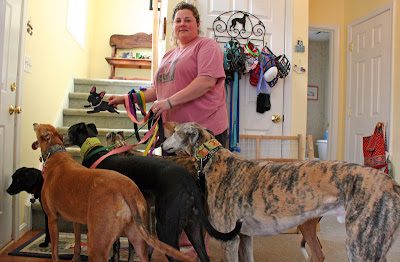 Eager to earn his keep, Brutus stands guard in the front yard. 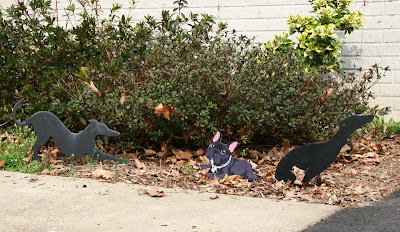 We had a new foster this week. FOT: Fresh off the Track. Sara is very shy, and didn’t want to leave her crate. Brutus was nice enough to keep her company. 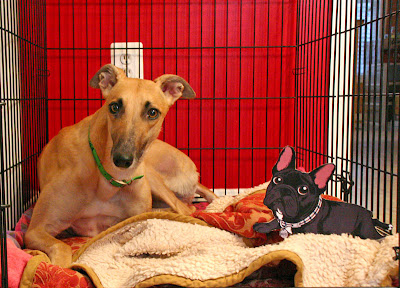 As a babysitter, Brutus had an innate ability to lull the hounds into sleep mode. From bottom left it is Abby, Jaime, Parker, Brutus, Dora, Stanley, Stella, Blue, Zoey, and Soozie. Sara was still in her crate. 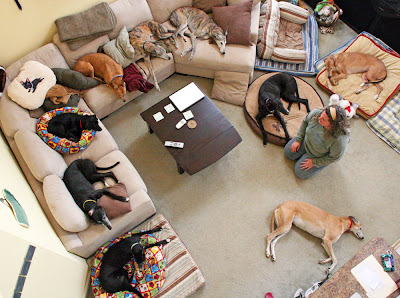 When Brutus left, Sara was lonely again, and snuck out of her crate to get toys that reminded her of her time with Brutus. 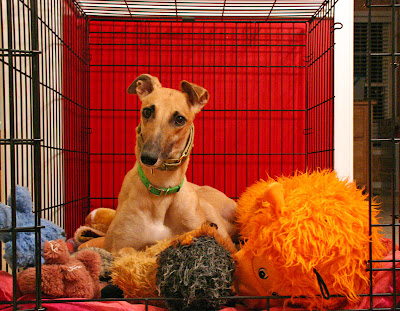 Flat Brutus is off to new adventures as he travels next to the Bluegrass state.
at 8:45 AM 15 comments:

About a month ago, I picked up a puppy while in West Virginia for work. It just so happened that Kris’ coworker was getting a puppy from her sister who lived only about an hour away in Kentucky. She is a border collie / sheltie mix of some sort from the shelter. Meet Jorja.
Who are you? Are you taking me to my new home? 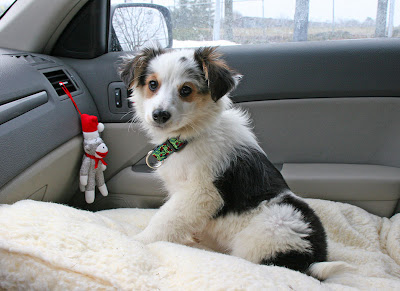 French Fries. I love you mister. 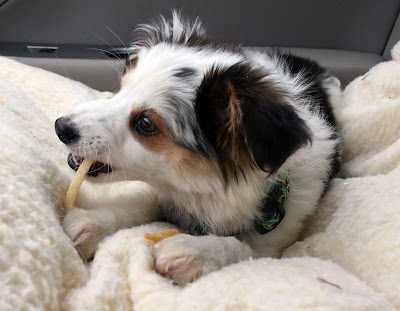 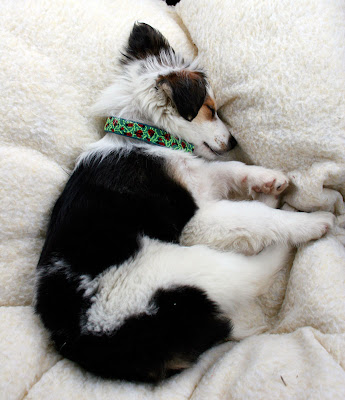 Running in her dreams. 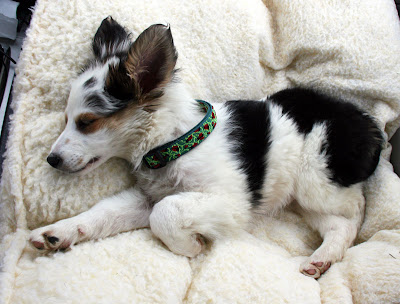 The long road trip made her thirsty. It was almost 6 hrs back to the house. 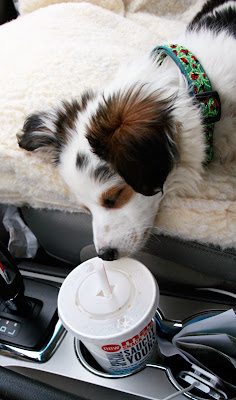 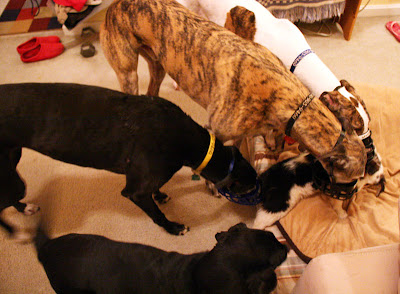 Parker says, hey, someone my size. 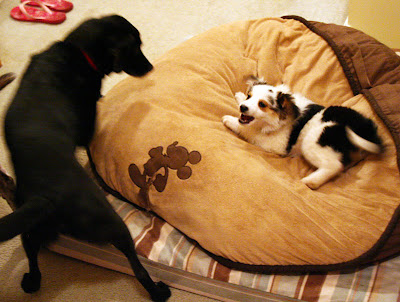 Let me give you a tour of the house. 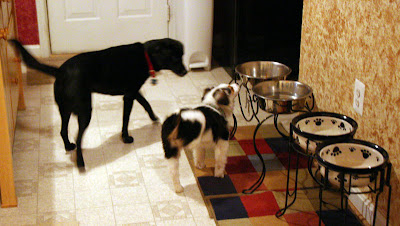 Upon seeing the orange gorilla, she quickly tried to claim it as hers. 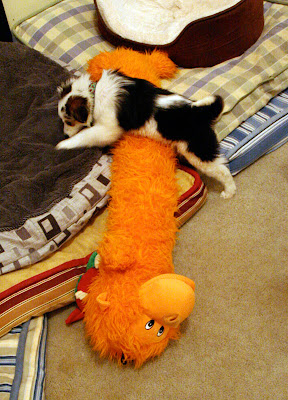 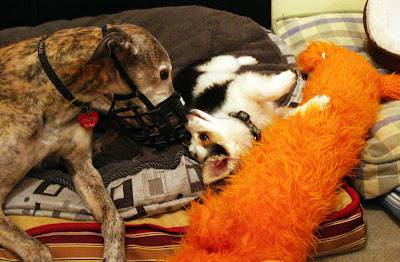 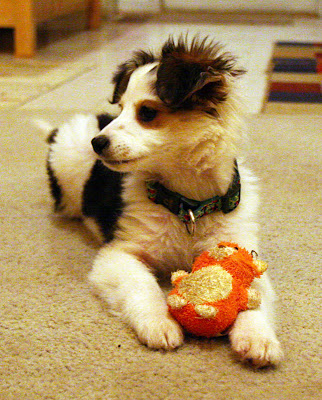 Our kids quickly lost interest, and the muzzles came off. 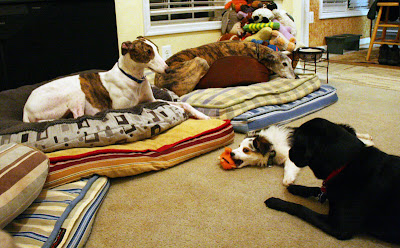 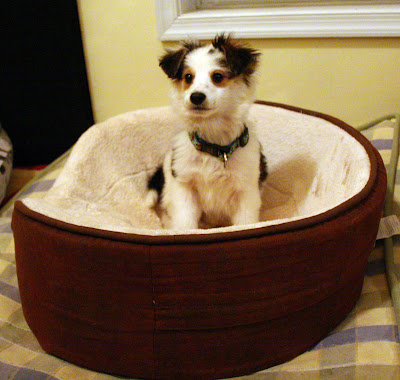 Stanley is impressed with Jorja’s ability to pull a toy many times her size. 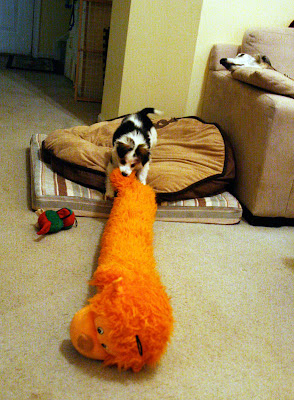 I took some pictures of her when her new family came to pick her up, but it appears I inadvertently deleted them.
On another note, we signed up for Flat Brutus’ World Tour. Find out more at Flat Brutus World Tour.
Next year, ‘Flat Stanley’ may go on tour.
at 11:19 AM 12 comments: