It’s been a while since we’ve had a real foster dog. Trina’s group, James River Greyhounds, was nice enough to bring up a dog for one of our adopters. Her new family hadn’t decided on a name yet, so we called her Brown Dog while she was with us. Brown Dog learns the ramp. Stella has her back. 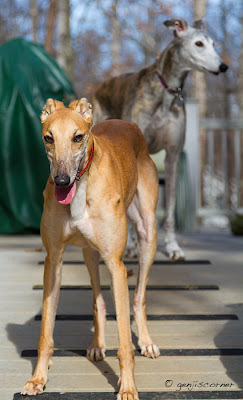 Parker and Stella break way for the Brown Dog, while Sabrina and Dottie urge her to keep moving. 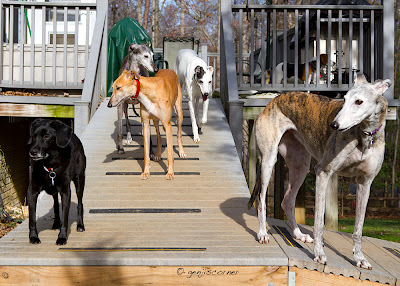 Stanley and Stella trying to coax the Brown Dog to come down the ramp. In truth, the Brown Dog figured it out in no time by watching everyone else. 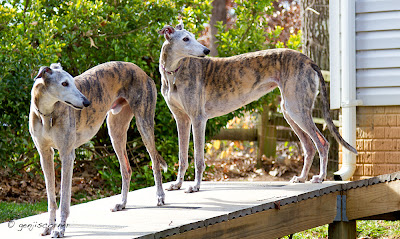 A blurry picture of siblings: Dottie, Sanburg, and little Carly. Funny that they are all black and white dogs. The other brother/sister we were watching were Milo and Charlotte who are both dark brindles. Just worked out that way. 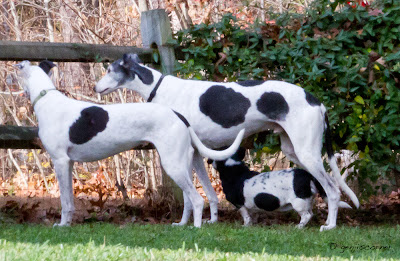 I caught Sanburg and Carly behind the bushes. What are you guys doing? 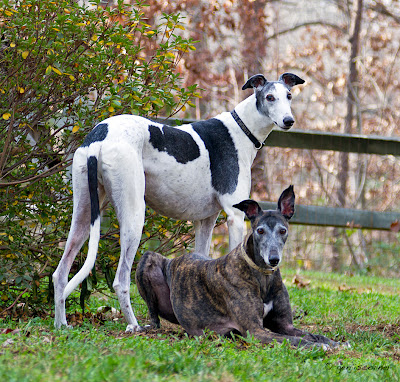 Is that a skateboarder, someone walking a dog, a Harley? Better check it out. 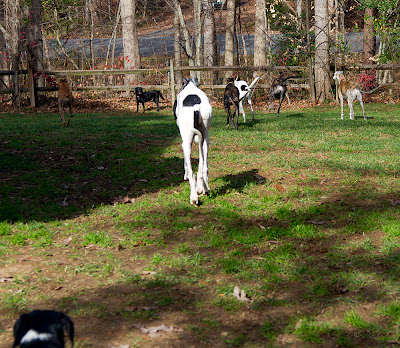 Yeah, Carly is not impressed with the greyhounds and their antics. 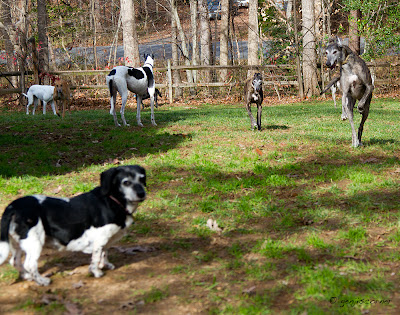 Brown Dog played in the yard with everyone, but when it was time to rest, she quickly figured out the dog bed. 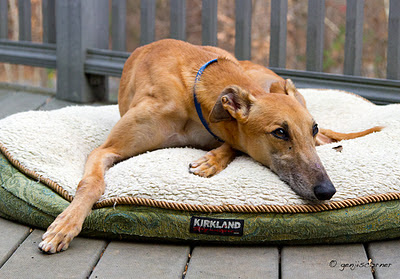 Later, she even took a dabble at the stairs. 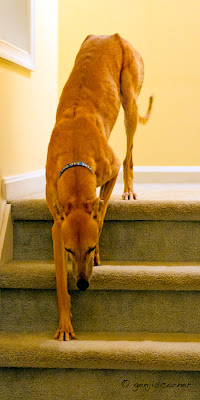 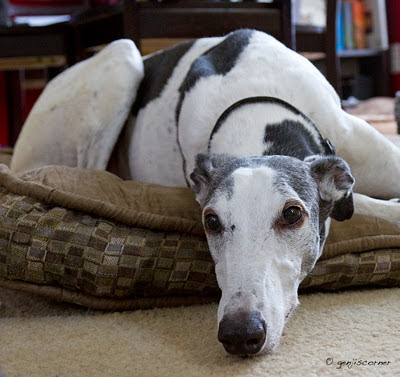 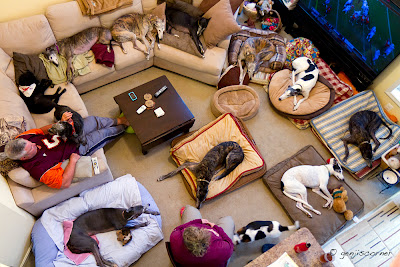 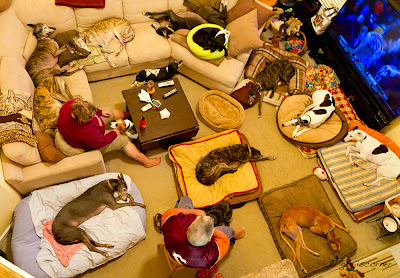