Bella, a BooBoo, and a Party

Bella, our new foster, was returned after almost a year. She’s a very pretty black girl. Very confident. She will have to settle for being second in charge. Stella is a benevolent queen, but won’t toleration a coup. 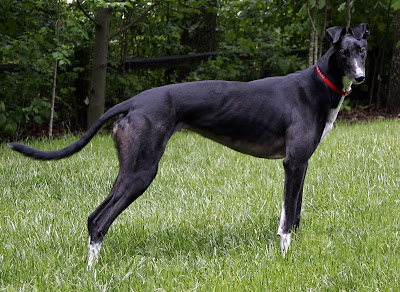 Bella is a bit smaller than Jaime, and with more white on her feet. That’s Bella on the left, looking like Jaime’s twin. 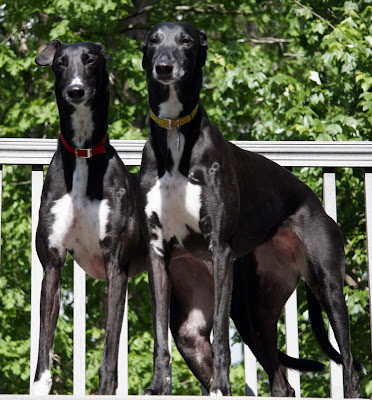 She was an only dog, and we’ve been trying to socialize her a bit. She’s gotten used to our guys. She will the share the couch and bed with no issues. She will even share it with me. Hey mister, did you just toot! 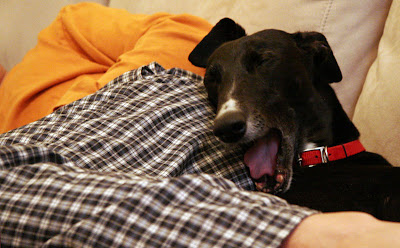 Stanley managed to fracture a toe while chasing a squirrel. His passion for his favorite pastime has not diminished any. Still always on the lookout for those darn squirrels. Doesn’t he look pitiful? 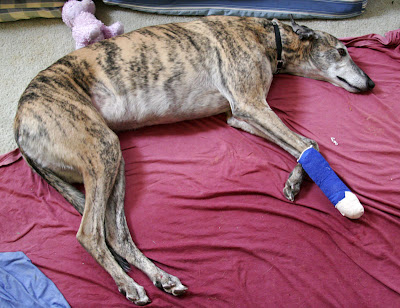 Bella felt sorry for him, and decided to help him heal via the greyhound mind-meld. 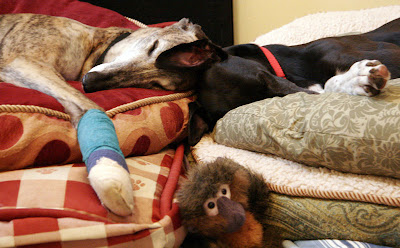 Bella did get a bit grumpy at a Meet ‘n Greet. Nothing like being swarmed by a gaggle of greyhounds. So what did we do? We threw a greyhound party. Last count was around 40 dogs and 50 people. Guess the immersion method worked. She was fine at the Meet ‘n Greet the following day. Lotsa food, drink, people and dogs. Hopefully everyone had a good time. I know my guys were pooped after the party. Speaking of poop, I did poopie patrol the day after the party, and it would take my guys an entire week to do that. 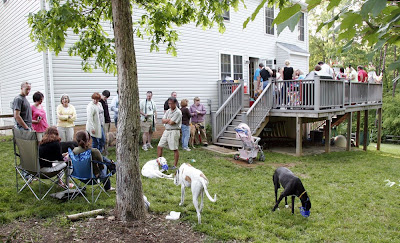 Some greys needed to take a rest from all that running around. Whyda decided to take a break in a mound of stuffies. 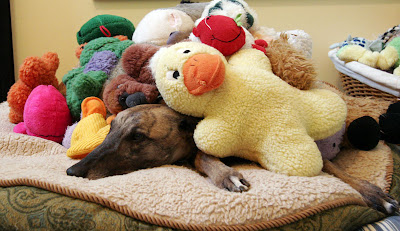