I got up at 5am on Saturday to meet the hauler at 6am. We called them the night before, and they were on schedule. At 7:30am, Kris calls to say that they are way behind. I ended up driving down to Ashland to meet them, so they wouldn’t have to stop in Fredericksburg just for me. Another adoption group was picking up 6 greys. Me, just one. Cute little black girl named Gs Chica. She was spunky from the time she got out of the hauler. Tiny little thing. Figure her couch weight will be about 60 lbs. Though, I walked her for about 10 minutes, she thought it better to wait till she got in the car to go poo.
Kris gave her a bath before taking her to her new family, so she smelled of shampoo instead of just poo. Chica is now known as Abigail. Her new mommy and daddy love her so much already, she now has a blog of her own at Greyhound Lass. I got a few pics of her before she left. 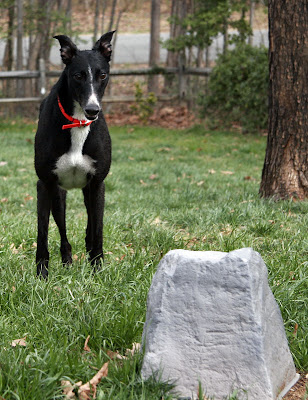 Drying herself after her bath. Run Abigail Run 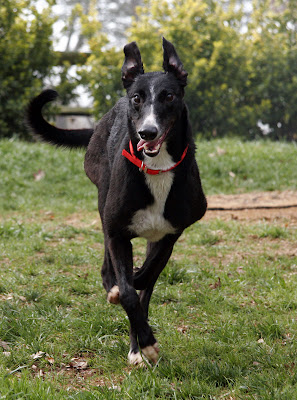 What a cute tiny little head. Don’t you just wanta kiss it? 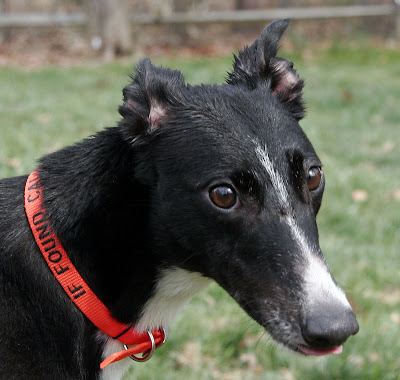 Tired of posing for the camera, Abigail gives me the stinkeye. ‘If I’m gonna pose for you like a model, I get paid in treats, mister’ 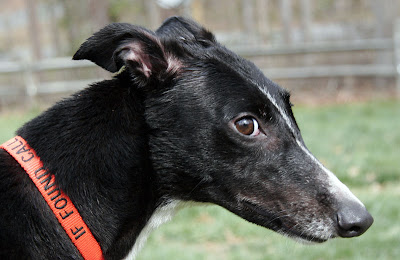 Abigail took one look at the stuffies and decided this is way better than the track life. 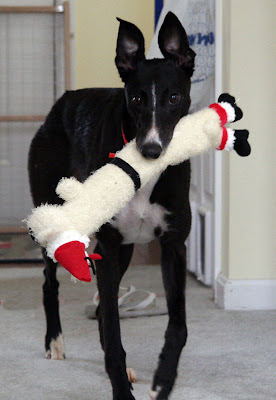 We are now back to our regular crew. Abigail got adopted on Saturday. Sunflower, now called Sunny, was adopted on Sunday. She wouldn’t look at the camera because there was a kitty in the street taunting her. 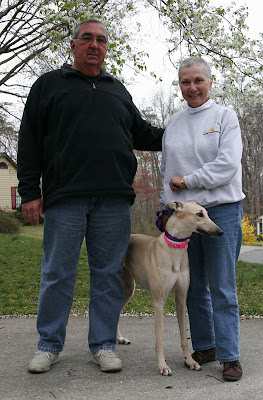