Lucas in the Danger Zone

Sometimes, even if there is enough space on the couch, they just want to snuggle with each other. Lucas just happened to pick the wrong end. Stella has quite the reputation as a ‘gassy gal’. Usually the silent but deadly, but recently moving toward audible but not as smelly. So why would Lucas voluntarily lay down next to her rump? 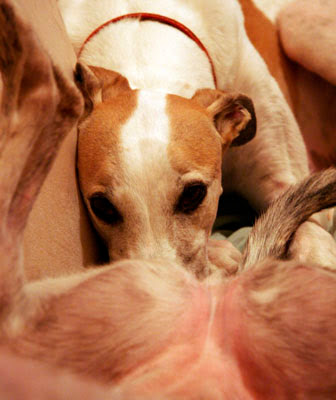 He laid next to her rump when Stella was roaching. 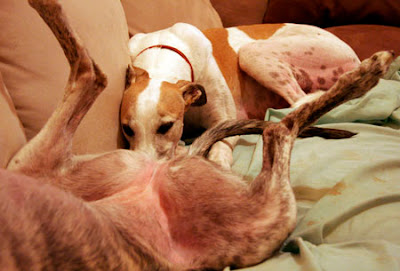 Even after she flipped over, he was still there. 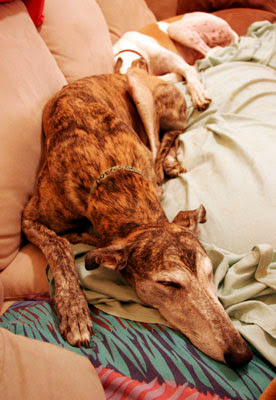 But, by the end of the night, they were ‘butting’ heads.

Stella, Queen of the Couch, was in a generous mood tonight. Please ignore the bed sheets on the couch, the kids were tracking in snow and mud and jumping straight on the couch.

It snowed a bit last night. Left a dusting on the ground. Cold and windy today. The St. Patrick’s Day Parade is going on rain or shine. The kids will have to wear their coats. Don’t think we have any green ones. But they will be cute in their hats and party collars. Hope to get some cute pictures.
at 8:01 AM