The kids will miss their Aunt Aubry. Saturday was her last day here. Here she is drinking a glass of wine and snuggling with the Parker dog while watching tv one final time with us. 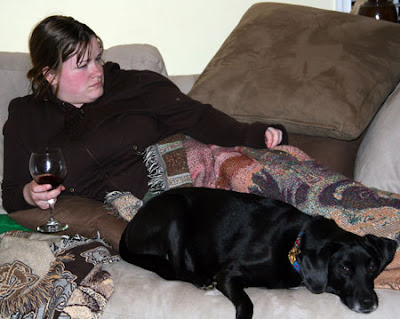 Now she is on the way to Santa Fe, NM. The movers came earlier this week. Aubry and her mom are probably halfway there now. It’s about a 25 hour drive. I’m sure her two kitties are enjoying the roadtrip. Once she gets settled in, we’ll definitely have to make vacation plans to visit her. Here is a pic of Stella after she has been told that Aubry is moving. 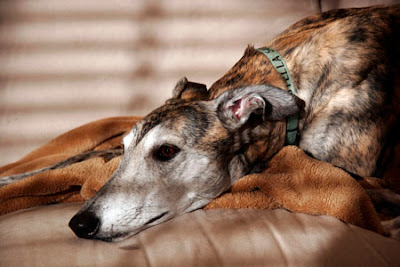 VAGA adopted out eight dogs this weekend. One in North Carolina and the other seven in Virginia. The weather was beautiful for an adoption. Most were first-time greyhound adopters. They were so excited. Seeing the looks on their faces makes it all worth while. I still remember the awe of getting Stella. She didn’t know what was going on, and neither did we. A second grey and a couple dozen fosters later, we sometimes forget that giddy excitedness of getting your first grey. The pics have been sent and will be on the VAGA placements webpage soon.

In the latest issue of Celebrating Greyhounds on page 48, there is an article by a VAGA member on the use of muzzles. The picture of the three greys in the car on their way to their forever homes was a picture I took a couple years ago. Though no credit is given, that makes it my first official picture in CG Magazine. I was also lucky enough to get a picture of my Lucas in the CG desktop calendar for the week of May 20-26. They will be deciding on pictures for next year’s calendar, so will have to print out some of my latest pics and send them in.

Following is a picture progression of the kitties telling us they are hungry. First they end up sitting next to each other. 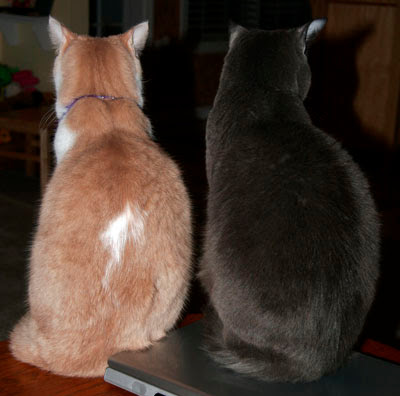 Then they start to groom each other. 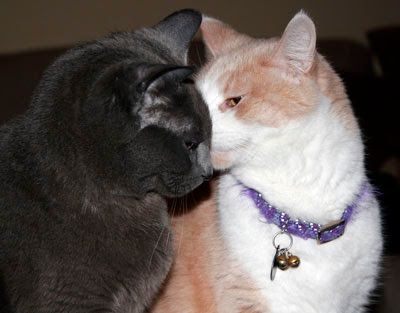 As they get hungrier, they start to take it out on each other. Noah takes a swat at Greyson. 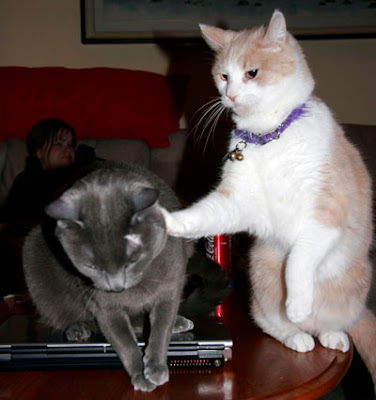 Realizing what he has just done, he waits for the retaliation. 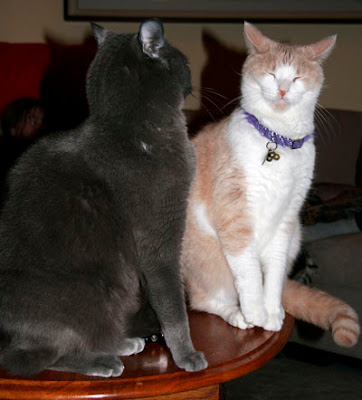 Deciding they are not going to let their hunger get the best of them, they decide to respect each other’s space. 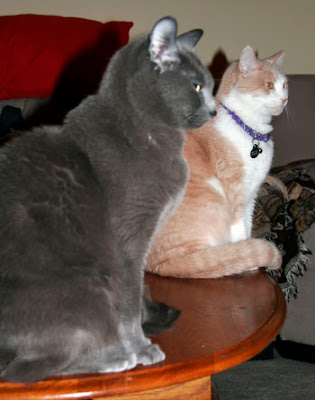 Definitely time to feed them.
at 9:46 PM