We recently got back from a week long trip to Scotland. We’ve been eagerly awaiting this trip ever since Aubry decided to get married there. I’ll break the trip into three separate posts. Our visit to the Isle of Skye and Aubry’s wedding. Visiting the cities of Inverness and Edinburgh. And last but not least, our visit to the greyhound rescue kennel in Fife.
With tailwinds, we arrived an hour early and were greeted by a rainbow. We took that as a good sign. 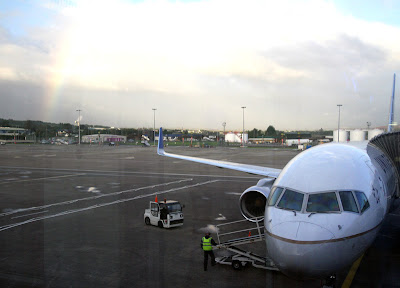 There were rainbows all along the beautiful countryside. Rainbows mean rain. It rained every day we were there. 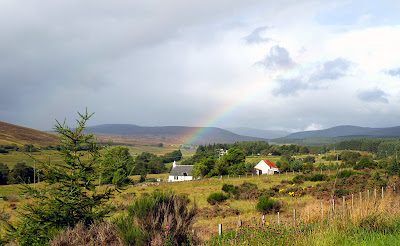 Barely an hour in Scotland, and we hit a whisky distillery, Dalwhinnie. Nothing like a good single malt to start off the day. 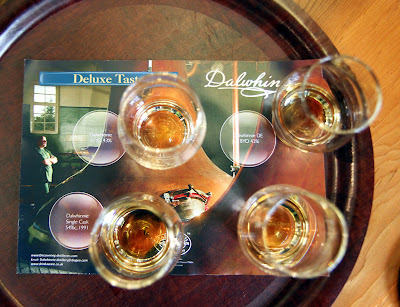 We were supposed to get a Vauxhall rental car, but when we asked for a GPS unit, we were upgraded to a Mercedes that had built-in Sat-Nav. Sweet ride! All the cars there appear to be be diesel. And even though our car wasn’t a hybrid, the engine shut down if we stopped for more than a second. 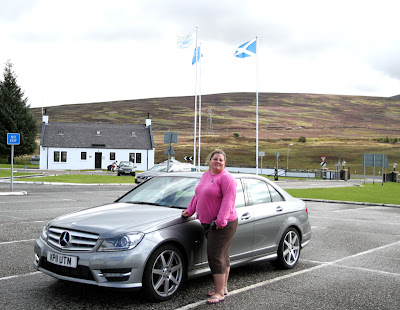 Driving on the opposite side of the road with the steering wheel on the right side doesn’t sound too difficult, but it really did take complete focus. It’s amazing how much driving is muscle memory. The huge clockwise roundabouts, which were everywhere, were mentally draining. But add jet lag, pouring rain, and roads barely wider than the car. Yep, took a turn a little too wide and popped a tire. It was about a 4 hr detour to get a new tire. Kris said it was all part of the adventure. We were elated to return the car at the airport, then cabbed it to Edinburgh for our last two days. 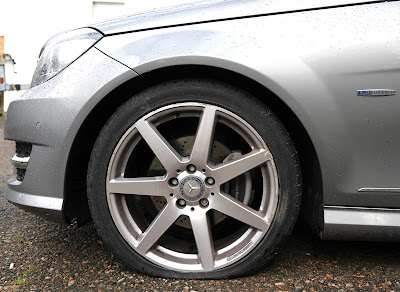 We met with Aubry, Justin, and their families the following day for a seal watching trip out of Plockton. Now we know where Planking originated. 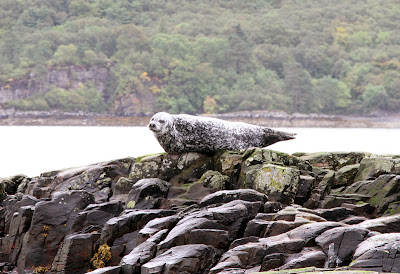 This pretty much sums up the weather while we were there. Mostly rainy, but you could almost always see blue sky, and hoped it was heading your way.

We next headed to Eilean Donan Castle to make sure everything was in order for the wedding on Friday.

As we were leaving, an RAF fighter jet did a low fly by. In the U.S., we like to save those for college football games. 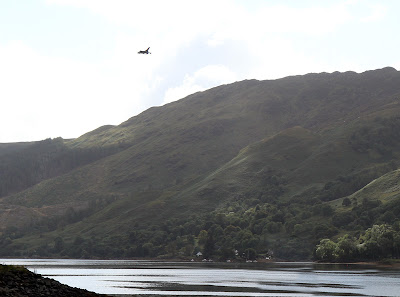 Once we confirmed everything was set, we headed to the capital of the Isle of Skye, Portree. First thing we did was have a proper pint of hand-pulled cask ale. I like the fact that no one bats an eye if you have a pint in the middle of the day. 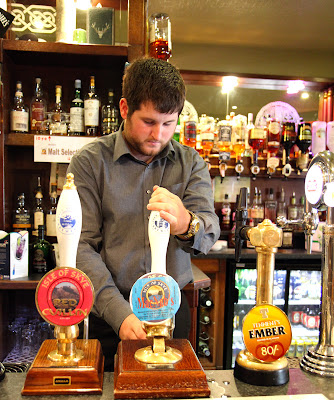 This sign outside of the pub gave me a chuckle.

As the sun was setting, we headed to the Faerie Glen in Uig. What a majestically beautiful place. Definitely off the beaten path. To give perspective, you can see Aubry and Kris left of center. The other random white spots are sheep. 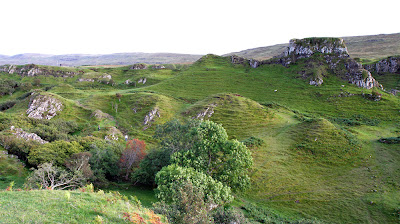 Kris takes her turn at sheepherding. 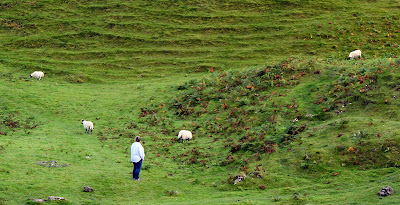 We didn’t think much of the signs till we almost hit a sheep standing in the middle of the road.

A shot down by the water before heading to the castle to make it official. 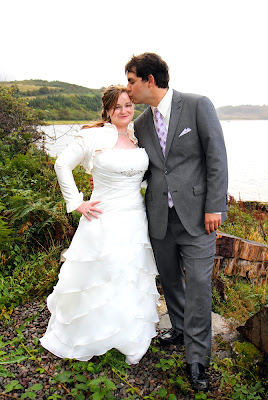 ‘Tying the knot’ or Handfasting in the Scottish tradition. Congrats, Mr. and Mrs. Foss !!! 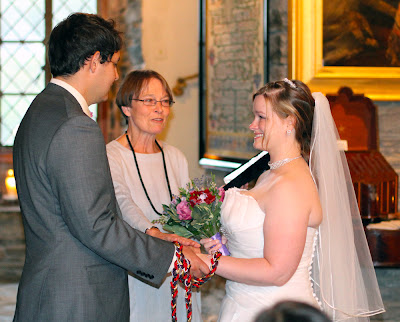 The happy couple at the reception in paper hats. 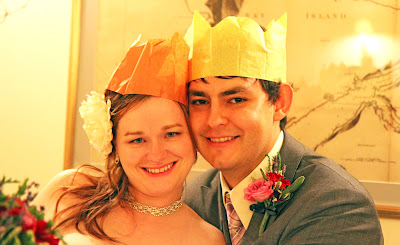