This is our second annual VAGA carwash at the Culpeper Super Wal-Mart. We raised a good amount of money last year (which Wal-Mart matches), so we gave it another shot this year. Some of the original forecasts called for overcast and possible showers. EEK! But the weather was sunny all day. Lucas has the red bum to prove it. We ended up raising more than we did last year. Woohoo!

We were standing at the main entry from the road with signs for VAGA, a carwash sign, and a greyhound (Lucas) to entice people to get their cars washed. 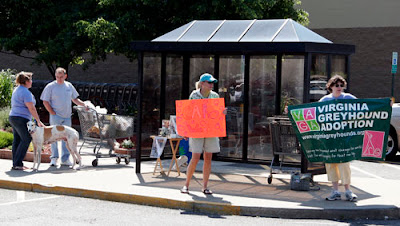 We had Stella and Jaime working the other entrance. Jaime is wearing her donation jacket. People are much more willing to stick money in the donation jacket than give money to a human who just happens to be holding a greyhound. I only got pictures of my kids working the strip for money. Within a couple of hours of our arrival, we had up to a dozen greys at that point, but I was busy in the back lot washing cars. 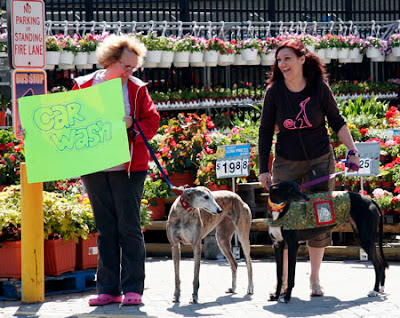 We washed quite a few cars. But this was probably the coolest. Ahh, fond memories of the ice cream van. My kids are so used to hearing the one that goes through our neighborhood, they don’t even bother to roo anymore. Our ice cream van still plays Christmas music. 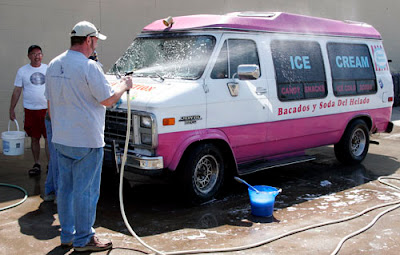 Stella was so tired when we got back that she couldn’t even hold up her head. Working the streets for money is a tiring business. 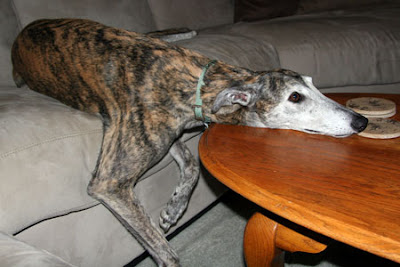