It was in the 80’s earlier this week. Then we get this freak April snowstorm that left us with about 2-3 inches of snow. The kids absolutely love it. They got to get all frisky and play in the snow in the morning. And by afternoon, it was all melted. That’s my kinda snowstorm.
Stella knows I am taking a picture so she tries to look regal. Hard to do with snow on your nose and a bit of tongue hanging out. 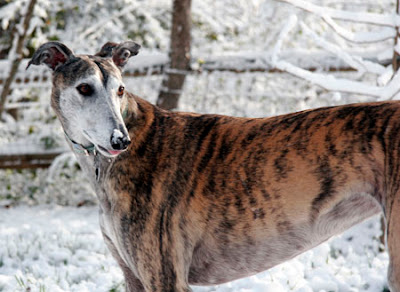 Let the hunt begin. Stella has found her quarry. The elusive black greyhound 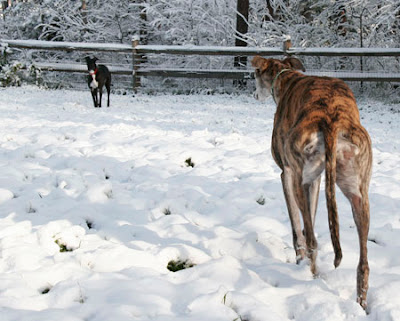 Lucas decides to join in on the hunt. Hey sis, can I help? 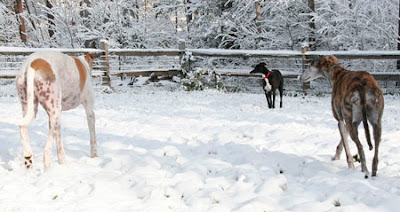 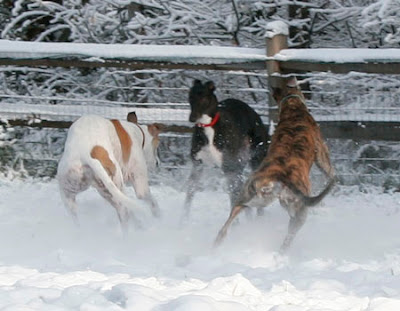 Hey, we just wanted to see what you were up to. 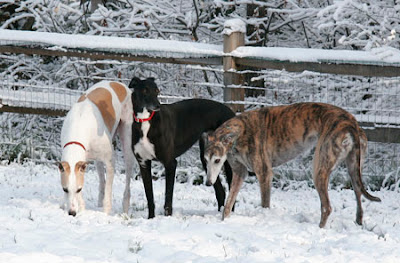 Parker decides to join in the fun.

By the time the greys are turning around at the bottom of the yard, Parker is only halfway there, so he has to cut his circuit short.

Lucas and Jaime taking a break. Lucas has that I’m sorry I stalked Jaime look. Stella says Jaime was asking for it. 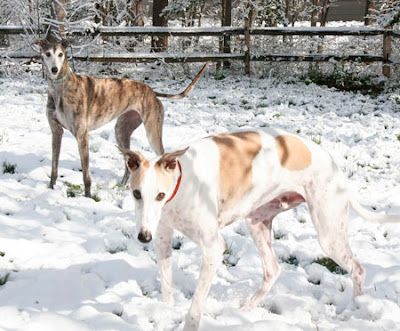 Stella asked to have her regal shot taken again, now that she got the snow off her nose and promised not to stick her tongue out. 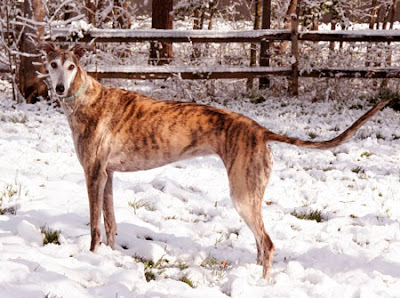 Can’t you just see the little gears working in Lucas’ head? Should I stalk Stella and attack? Oh she’ll be so mad. 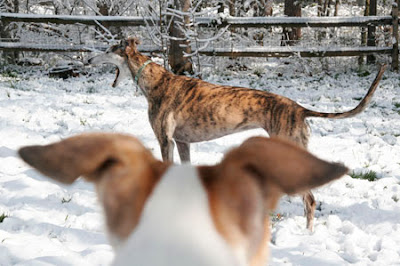 Stella stalks. She doesn’t like being stalked. She puts up her kangaroo defense posture. 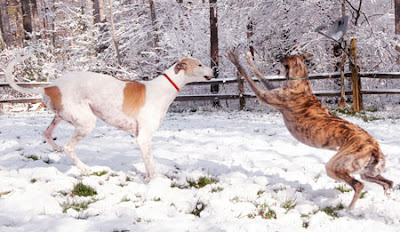 Lucas fights back with his T-Rex stance that he learned from a kung fu master while at the track. 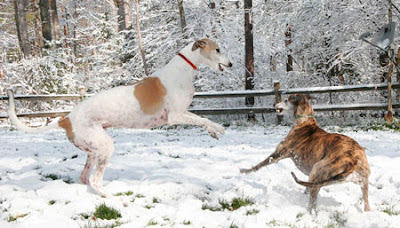 Since the snow was melting so fast, the kids decided to do some zoomies before going back in.
at 7:29 AM