We’e been at the new house for a couple of weeks now. Unpacking is such a chore, but a glass of wine definitely helps the process. 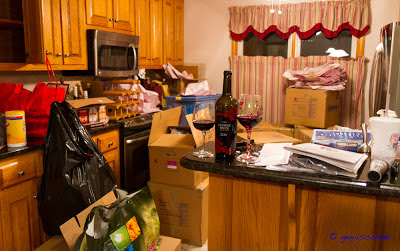 The kids have settled in nicely. With Kevin anchoring the couch, the girls barely noticed the difference. 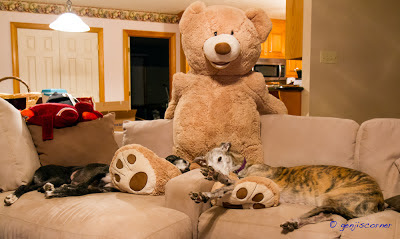 We didn’t have one at the last house, so Stanley wanted to know what this gas fireplace thing was all about. 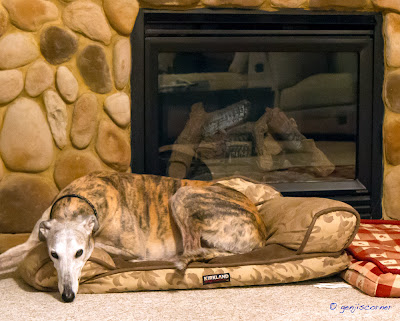 Our very first visitor was Trina’s Shane. He took the corner bed to catch the first morning rays. 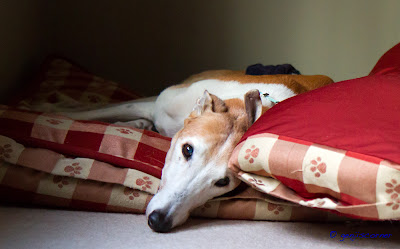 Our second visitors were Sunday and Finley (litter mates) who are now only 10 minutes away, so we will probably be seeing much more of them. Sunday is always on alert. 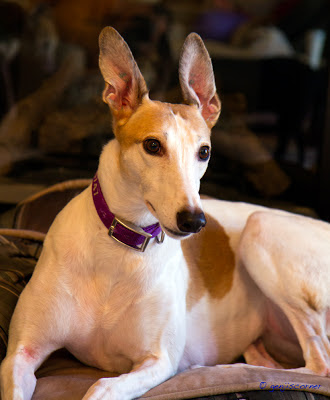 Finley is a snuggle bunny. Stella doesn’t seem to mind.

Couch space was always at a premium.

So was bed space. 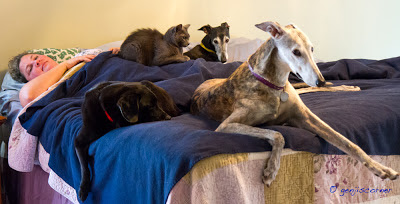 My niece and nephew did not want to wait until we were totally unpacked, so the whole family came to visit. The kids were happy to have so many people handing out treats. Except for Stella who stayed on the couch under the protection of Kevin the entire time. She was not going to play their reindeer games. Edo heard that this was a snuggle couch. 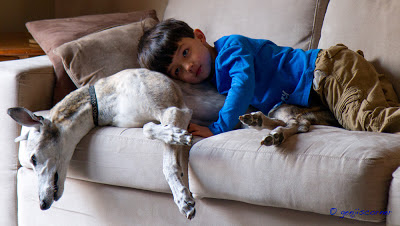 This is not so much Stella snuggling with Jaime, as it is Jaime was there first, and Stella wanted it. 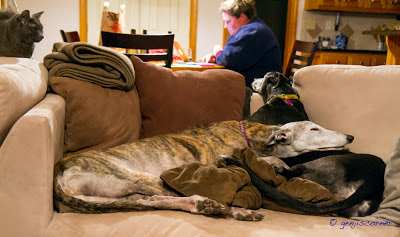 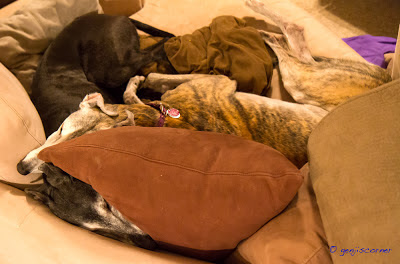 The kids have really been enjoying sniffing around the yard. The property is 4.75 acres with about 1 acre fenced in. If you look closely, you can see Shane at the bottom and Finley at the top. 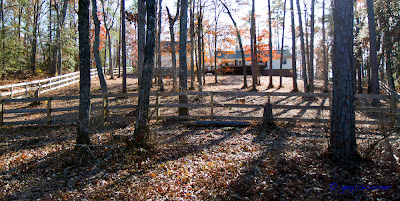 The view from the deck. The yard backs up to a pond.  I used to rake, but finally broke down and got a gas leaf blower. Ten hours and a week later, the yard is clear. 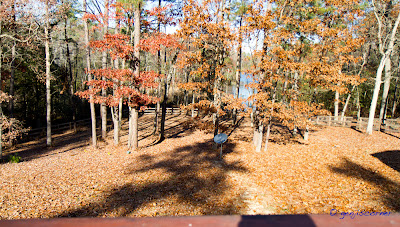 This puts us only 20 minutes from Trina. Let the festivities begin.
at 3:08 PM